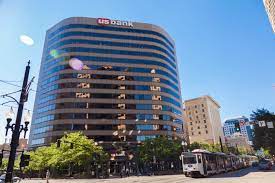 The top-tier American bank announced its plans to offer cryptocurrency custody services for fund managers. According to the bank’s press release, the service would help investment managers store the private keys or cryptocurrencies from sub-custodian NYDIG.

“Our clients are getting very serious about the potential of cryptocurrencies as a diversified asset class […] I don’t believe there’s a single asset manager that isn’t thinking about it right now.”

The U.S. Bank has joined a growing list of American banks that continue to join the cryptocurrency craze and consider crypto legitimate assets. The other top-tier banks already offering crypto custody services for their clients include State Street, Bank of New York Mellon, and Northern Trust. American banks started consolidating their interest in custody services in July 2020. The interest resulted from the Office of the Comptroller of the Currency’s (OCC) letter approving banks to offer the custody service. Before that, only cryptocurrency exchanges such as Gemini, Kraken, and Coinbase offered crypto custody services.

Big investors are getting very serious about crypto

Following the OCC’s approval in 2020 for banks to offer crypto custody services, Kedia said the U.S. Bank noted big investors were “getting very serious about the potential of cryptocurrency as a diversified asset class.” She said that while a few investors already held Bitcoin independently through personal wallets or via trusts, others were waiting for banks they were familiar with to join the crypto frenzy. She stated that most funds were excited by the idea of a Bitcoin ETF specifically, saying, “Some literally want custody contracts signed the day the SEC approves an ETF. She stated:

“What we were hearing across the board is that while every currency might not survive – there may not be room for thousands of coins— there’s something about the potential of this asset class and the underlying technology that would be prudent for us to stand up support for it.”

The U.S. Bank’s announcement comes when financial regulators globally, including U.S. Securities and Exchange Commission, struggle with overseeing the crypto space. The $2.1 trillion crypto industry has experienced rapid growth in the past years, despite wild price swings and regulatory clampdowns. As we reported, Bank of America analysts began coverage of digital assets on Monday, saying the space is “too large to ignore.