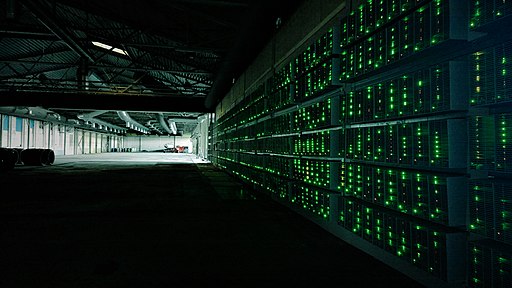 by Jay Speakman
in Markets
Reading Time: 3 mins read
0
Share on FacebookShare on TwitterShare on LinkedinShare via WhatsappShare via Email

The Chinese e-commerce giant Alibaba has announced that it will no longer allow the sale of cryptocurrency mining equipment on its platform. This was announced last week on the company’s official website. The move is a direct result of the Chinese government’s most recent ban on cryptocurrency trading and mining. Other institutions and exchanges have been impacted as well.

Alibaba, one of China’s largest online retailers, has announced that it will prohibit the sale of cryptocurrency miners and cryptocurrencies on its platform. The company explained that this is due to a series of circulars and decisions issued by the People’s Bank of China, stating:

“In addition to the prohibition against selling virtual currencies such as Bitcoin, Litecoin,and Ethereum, Alibaba.com will prohibit the sale of all virtual currency mining equipment.”

To implement this ban, the company will discontinue two product categories: Blockchain Miners and Blockchain Miner Accessories. The ban, which is set to be implemented on October 8, has the potential to affect retail sales all across Asia.

Alibaba announced a series of measures to penalize the sale of these articles on its platforms in order to ensure that users comply with the new policy. To punish anyone who violated these rules by placing cryptocurrency products in other categories, the company stated that it would remove or delete the listed products, deduct points, restrict the use of website functions, and close accounts.

The move by Alibaba stems from the country’s financial authorities, including the People’s Bank of China, taking a long-standing anti-cryptocurrency stance. Nonetheless, it was the most recent crackdown that had the most serious consequences for the industry’s major companies and exchanges.

Huobi, one of Asia’s leading exchanges, has announced that it will no longer allow Chinese users to open new accounts on its platform and that it will close the accounts of existing Chinese users. Because Alibaba is one of the world’s largest e-commerce sites, the long-term consequences of the newly implemented measures are difficult to predict.

The Alibaba ban is hardly surprising as the company must be in lock step with the Chinese government or face serious consequences. What do you think? How should the cryptoverse respond to the repeated Chinese attacks on blockchain technology?