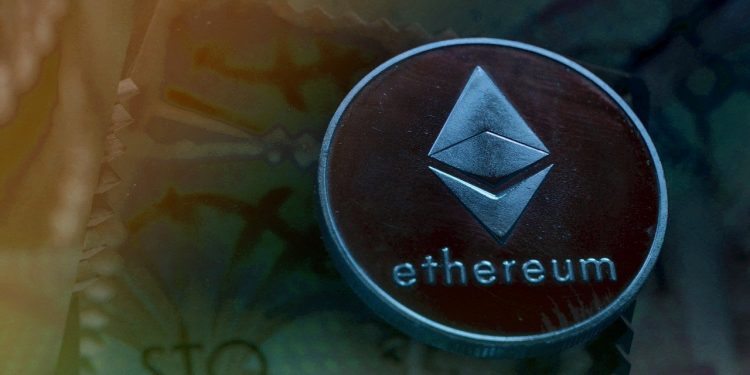 Based on data from leading blockchain analytics firm Nansen, Ethereum 2.0 staking has now reached 6.73 million ETH (approximately $21.2 billion). This surpasses the total amount of wrapped Ethereum on the network.

Unlike most other cryptos, staked Ethereum remains locked up until that goal is reached. The goal has yet to be determined and the merger is expected to occur sometime in early 2022.

This differs with wrapped Ethereum (currently 6.69 million on the Ethereum network), which are 1:1 tokenized versions of regular Ethereum coins that can be immediately used.

They are wrapped, or tokenized, in order to be more compatible with decentralized finance (DeFi), non-custodial financial services that enable peer-to-peer lending, borrowing, and trading via a blockchain.

Ethereum, like Bitcoin, is currently based on a blockchain mechanism known as proof of work, which relies on gas-guzzling miners (powerful computers) to validate transactions. Miners must solve complex equations in order to be granted the privilege of validating transactions and receiving newly minted coins.

Mining is a lucrative business for wealthy investors and companies with access to high-tech hardware and industrial sites, but it is less accessible to the general public.

Proof of stake, a mining alternative, could change that. It is the act of pledging cryptocurrency to a blockchain network and participating in the task of transaction verification. Stakers, like miners, are rewarded with newly-minted coins for putting economic resources on the table to secure the proof-of-stake network.

To become a validator and run an ETH 2.0 node, a minimum of 32 ETH (approximately $102,000 at today’s prices) is usually required. Would-be stakers, however, can pool their holdings to meet that threshold, participate in securing the new network, and earn rewards through staking-as-a-service companies and centralized exchanges.

Is it Worthwhile to Stake Ethereum?

According to Nansen data, the source of approximately half of the ETH staked is unknown. The largest known staked ETH amount (820,544) is deposited on Kraken, a cryptocurrency exchange. Following that is staking-as-a-service provider Lido Finance, with 762,272 ETH, and global exchange Binance, with 588,608 ETH.