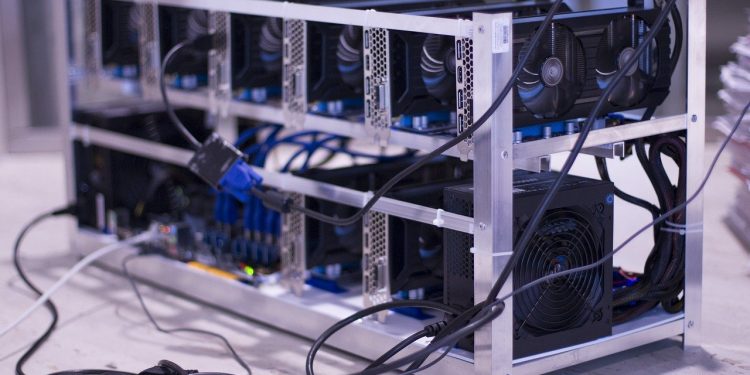 Ethereum To Be A Proof Of Stake Network

by Aaron Moses
in Technology
Reading Time: 4 mins read
0
Share on FacebookShare on TwitterShare on LinkedinShare via WhatsappShare via Email

Ethereum miners and developers were in heated negotiations for the past months about the future of Ethereum. One of the sticking points was whether Ethereum would move away from a “Proof of Work Network (POW)” to become a “Proof of Stake Network (POS)”. This would significantly change the way that ETH miners are rewarded. The outcome of this battle between developers and miners is: Ethereum will become a Proof of Stake Network. Here is what this means.

In a recent video by Lark Davis, we learned that with the new EIP 1559 protocol that Ethereum has released, the developers have initiated the transition from being a proof of work network to a proof of stake network.

“The economics of the entire Ethereum network are changing in a dramatic way. By the end of the year, we could have a situation where Ethereum has transitioned away from proof of work and is now a proof of stake blockchain.”

This all happened because the Ethereum miners were very upset with EIP1559. With this new protocol, instead of miners receiving payment from gas fees – the tokens are instead burned. This is good for many reasons for the Ethereum community. But the miners are upset as you might imagine now that their goldmine has been tapped out.

The ETH miners threatened to counter act EIP1559 by creating a single mining pool. As a combined force they tried to put pressure on Ethereum developers to not implement EIP 1559. However, the developers did not take kindly to this and decided to continue on the path of making Ethereum a proof of stake network.

What is Proof of Stake?

Lark Davis said in regards to this:

“We are turning it from a mine and dump economy to a stake and HODL economy.”

Ethereum miners aren’t holding Ethereum. When they mine it, they immediately sell it for fiat. They do this because mining is a highly expensive process. The majority of Ethereum mining is done in massive warehouses. This comes with extremely expensive electric bills not to mention continually having to manage, repair/replace expensive equipment. So, there’s a lot of sell pressure for Ethereum Miners. Now, imagine how ETH could explode once the sell pressure is off.

So, in a proof of stake economy, stakers will be rewarded with mining Ethereum. And they will be incentivized to hold their Ethereum in return for staking rewards. The more Ethereum you hold, the more staking rewards you can get. So, again – this takes away a lot of sell pressure.

Ethereum mining uses heavy amounts of electricity. Proof of stake removes this from the equation. Now instead of mining being done in centralized locations like in these giant warehouses, mining will be done in small amounts from Ethereum stakers all over the globe.

So, proof of stake is more advantageous in many regards. It’s much friendlier for the environment, and it creates are much better user based experience for the network. Now, Ethereum holders will have great opportunities for staking their Ethereum.

“Miners are unsung heroes of proof of stake networks. They’re out there putting their money on the line, doing the work and the mining. But the reality is proof of work mining is finishing for Ethereum. And I think the sooner the better. Because it makes Ethereum into a more user-centric blockchain instead of a miner-centric blockchain where the miners are in charge.”

There are no easy solutions. Miners as Lark said have done a lot for the Ethereum community. However, it looks like transitioning Ethereum from a proof of work economy to a proof of stake economy will be undoubtedly better for Ethereum.