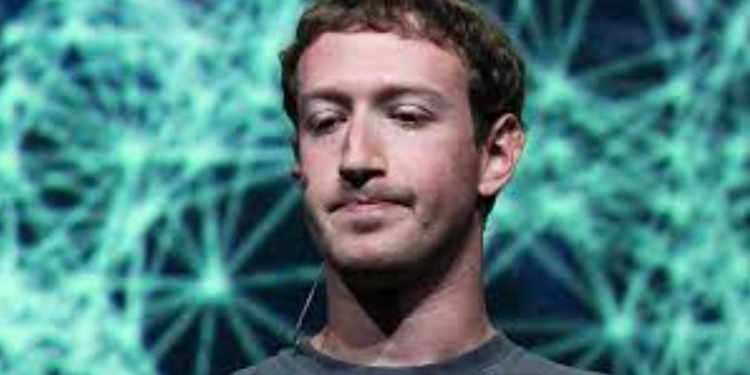 Is Meta Losing The Metaverse? 5 Reasons Why

by Jay Speakman
in Metaverse
Reading Time: 6 mins read
0
Share on FacebookShare on TwitterShare on LinkedinShare via WhatsappShare via Email

Earlier this year, Meta, the company once known as Facebook, suffered its biggest one-day loss ever, with its stock dropping 26 percent and its market value plummeting by more than $230 billion.

The crash came after a dismal earnings report, when CEO Mark Zuckerberg detailed how the company was navigating a difficult transition from social networking to the so-called virtual world of the metaverse. A company spokesman reiterated statements from its earlier earnings announcement but declined to comment further.

To say all is not well at Meta would be an understatement. In this post we’ll look at five reasons why Meta is in danger of losing the metaverse race.

1. User growth has topped out

The halcyon days of Facebook’s explosive user growth are over. In fact, the core demographic is now rural, older, less educated and less affluent-exactly the segments that Meta isn’t targeting.

Despite the fact that the company reported modest gains in new users across its so-called family of apps — which includes Instagram, Messenger, and WhatsApp — its core Facebook social networking app lost about 500,000 users in the fourth quarter compared to the previous quarter.

This is the first such decline in the company’s 18-year history, during which it has been defined by its ability to attract more new users. The drop indicated that the core app had reached its peak. The quarterly user growth rate for Meta was also the slowest in at least three years.

Other growth opportunities, according to Meta’s executives, include turning on the money faucet at WhatsApp, the messaging service that has yet to generate significant revenue. Those efforts, however, are in their early stages. Investors will likely be watching to see if Meta’s other apps, such as Instagram, have reached their peak in terms of user growth.

Apple introduced a “App Tracking Transparency” update to its mobile operating system last spring, essentially giving iPhone owners the option of allowing apps like Facebook to monitor their online activities. Those privacy moves have now harmed Meta’s business and will most likely continue to do so.

Many users have opted out now that Facebook and other apps must explicitly ask for permission to track their behavior. This means less user data for Facebook, making targeting ads — one of the company’s main sources of revenue — more difficult.

Even more painful is the fact that iPhone users are a far more profitable market for Facebook’s advertisers than, say, Android app users. People who use iPhones to access the internet tend to spend more money on products and apps recommended by mobile ads.

According to Meta, Apple’s changes will cost the company $10 billion in revenue over the next year. The company has criticized Apple’s changes, claiming that they are harmful to small businesses that rely on social media advertising to reach customers. However, Apple is unlikely to reverse its privacy changes, and Meta’s shareholders are well aware of this.

Meta’s problems have in large part been caused by the good fortune of its competitors.

According to David Wehner, Meta’s chief financial officer, as a result of Apple’s changes, many advertisers have begun to shift their ad budgets to other platforms. Google, to be specific.

Google reported record sales in its recent earnings call, particularly in its e-commerce search advertising. That was the category that tripped Meta up in the final three months of 2021.

Google, unlike Meta, is not overly reliant on Apple for user data. According to Wehner, Google likely has “far more third-party data for measurement and optimization purposes” than Meta’s ad platform.

Mr. Wehner also mentioned Google’s agreement with Apple to be the default search engine for the company’s Safari browser. As a result, Google’s search ads appear in more places, collecting more data that advertisers can use. That will be a major issue for Meta in the long run, especially if more advertisers switch to Google search ads.

Mr. Zuckerberg has been emphasizing how formidable TikTok has been as a competitor for more than a year. The Chinese-backed app has amassed over a billion users thanks to its highly shareable and oddly addictive short video posts. And it is fiercely competing for eyeballs and attention with Meta’s Instagram.

Meta has cloned TikTok with an Instagram Reels video product feature. Mr. Zuckerberg previously stated that Reels, which is prominently displayed in people’s Instagram feeds, was the No. 1 driver of engagement across the app at the time.

Meta compares the situation to when Instagram launched its Stories feature, which was essentially a clone of Snapchat. That product did not make as much money for the company when it first launched, but ad dollars eventually followed. Still, there’s no guarantee Instagram Reels will be able to replicate that success.

5. Spending mega-billions on the metaverse

Mark Zuckerberg believes so strongly in the metaverse — a still-hazy and theoretical concept that involves people moving across different virtual- and augmented-reality worlds — that he is willing to spend a lot of money on it.

Indeed, last year’s spending totaled more than $10 billion and Mr. Zuckerberg intends to increase his spending in the future. But what if he’s wrong? It’s a sentiment shared by many Meta employees (although not so openly) as well as analysts.

However, there is no evidence that the wager will pay off. Unlike Facebook’s move to mobile devices in 2012, virtual reality is still a niche hobby that has yet to break into the mainstream. Availability of widespread augmented-reality headsets is also months, if not years, away.

In essence, Meta is pleading with employees, users, and investors to believe in Zuckerberg and his metaverse vision. That’s a lot to ask for something that will cost the company billions of dollars over the next few years and may never happen.

The threat of regulators in Washington coming after Meta continues to hang over the company.  Many people both inside and outside of Washington, DC believe that Facebook (Meta) is too big and powerful and that it should be split up into separate companies (Facebook, Meta, Instagram, Messenger, etc.)

Meta is also being investigated by multiple agencies, including the newly aggressive Federal Trade Commission and multiple state attorneys general, to determine whether it engaged in anti-competitive behavior. Lawmakers have also banded together in support of antitrust legislation.

According to Zuckerberg, Meta is not a monopoly in social networking. He has railed against what he calls “unprecedented levels of competition,” including TikTok, Apple, Google, and other potential competitors.

The threat of antitrust action, however, has made it more difficult for Meta to invest in new social networking trends. Previously, Facebook acquired Instagram and WhatsApp with little scrutiny as those services grew to billions of users. Even some of Meta’s ostensibly less contentious acquisitions in virtual reality and GIFs are now being challenged by regulators around the world.

With deal-making becoming less likely, it is up to Meta to innovate its way out of any difficulties.

Previously, Mr. Zuckerberg might have been given the benefit of the doubt that he could do so. At least for the time being, faith in Meta’s metaverse mission has faded on Wall Street.

Over recent years, blockchain gaming has gained massive popularity. It’s easy to speculate its growth based on sheer popularity on...

NFT game BigTime announces its big reveal on how its in-game economy will play out, hinting that it will be...