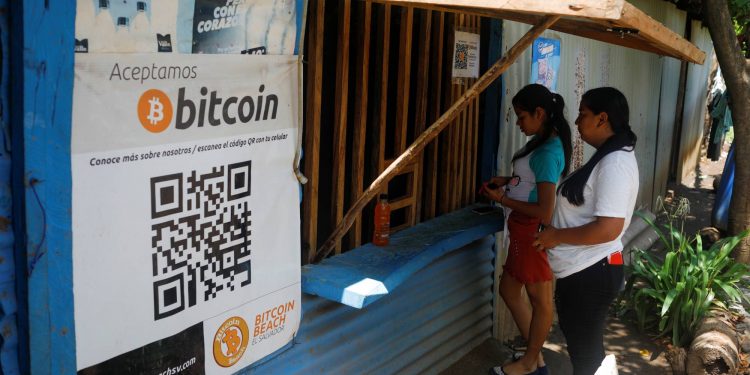 El Salvador’s president is optimistic about Bitcoin and has predicted an enormous price increase. His government has rejected a recommendation by the International Monetary Fund to drop Bitcoin as legal tender.

The Salvadoran government has flatly rejected the International Monetary Fund’s recommendation that the Central American republic drops Bitcoin as legal tender. An angry treasury minister, Alejandro Zelaya, said that their Bitcoin adoption was an issue of sovereignty. Speaking on a local television station, Zelaya said:

“No international organization is going to make us do anything, anything at all […] countries are sovereign nations, and they take sovereign decisions about public policy.”

In a statement last week, the International Monetary Fund urged El Salvador to abolish its Bitcoin policy, noting that its continuation posed risks to the country’s financial stability and consumer protection. The IMF recommended that El Salvador dissolve its $150 million trust fund, created when the government became the first country to make BTC legal tender in September 2021.

Bitcoin had helped support financial inclusion for millions of people

In dismissing that IMF’s recommendation, the government earlier stated that its adoption of Bitcoin had helped support financial inclusion for millions of people. Bitcoin adoption, along with the country’s Chivo wallet, was intended to offer financial services to individuals with limited access to banking.

The Salvadoran government doesn’t see a need to scale back the scope of its Bitcoin law, but agreed regulation could be strengthened, according to a report. Bukele led the push to adopt Bitcoin as legal tender alongside the U.S. dollar. El Salvador’s Legislative Assembly made the country the first to do so in June, and the Bitcoin law went into effect in September. El Salvador and the IMF have been negotiating $1.3 billion in lending for months.

In related news, the ever hopeful and optimistic pro-Bitcoin El Salvador president Nayib Bukele has predicted a massive price increase for the world’s largest cryptocurrency. Even though Bitcoin has performed dismally in the last few weeks, Bukele believes it’s only a matter of time before BTC bounces back and registers an impressive price growth.

Taking to Twitter, the Salvadoran president spoke about the impending demand for Bitcoin would soon soar, and there wouldn’t be sufficient coins to meet the demand. In the Tweet, Bukele made a case for Bitcoin’s scarcity, noting that the shortage of Bitcoin will not be able to meet the increased demands of the cryptocurrency. He said on Twitter:

“There will ever be only 21 million Bitcoin” and “Not enough for even half of them.”

He highlighted that there are more than 50 million millionaires in the world and that there isn’t enough Bitcoin for half that population.