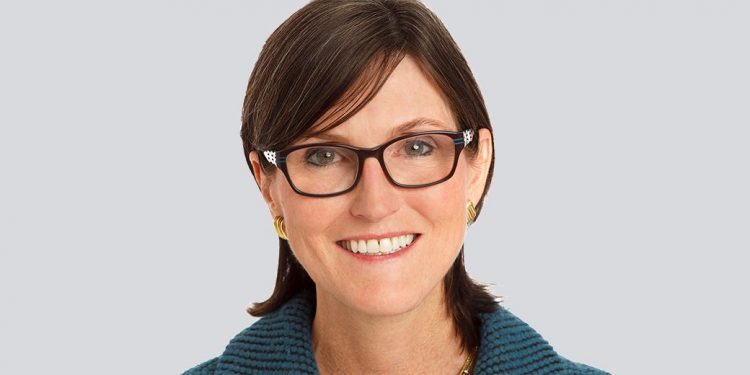 While most people are currently focused on the ongoing Bitcoin slump, Ark Investment’s CEO Cathie Wood is looking on the sunny side. Wood sees President Nayib Bukele’s push for Bitcoin adoption as an initiative giving millions of Salvadorans access to financial services and a platform to innovate. Asked whether the finance industry increases wealth inequality, she told Time Magazine that Bukele’s Bitcoin push has partially achieved that goal and allocating capital to innovation will benefit people’s lives around the world in the long run. Wood stated:

Possible to bridge the gap between the poor and the rich

El Salvador made Bitcoin legal tender in September 2021, becoming the first country globally to take that step. The country created its digital wallet called “Chivo,” through which people can withdraw their money from over 200 ATMs the government has installed. Wood noted that through mobile phones and blockchain technology, it would be possible to bridge the gap between the poor and the rich. She added:

“So in my book, the more we can allocate capital to innovation, the better we can make people’s lives around the world.”

According to an analysis by Bloomberg, El Salvador’s pro-Bitcoin president Nayib Bukele who is famous for trading Bitcoin via his cell phone, has gone on to buy more Bitcoin during the ongoing dip, increasing its Bitcoin holdings to 1,391 Bitcoin.

Create chances of Bitcoin adoption for the European country

All this is taking place amidst growing speculation that Turkey’s President Tayyip Erdogan could be looking toward borrowing a leaf from Bukele following Erdogan’s trip to El Salvador. Crypto pundits believe Bukele’s engagement with Erdogan could create chances of Bitcoin adoption for the European country. An official from the Salvadoran government said the engagement with Turkey would attempt to:

“Strengthen relations with the country and seek cooperation and investment opportunities […] in 2021, the Turkish Cooperation Agency facilitated the online training module ‘Methods to combat COVID-19,’ which benefited 35 doctors and representatives of the health sector in El Salvador. El Salvador has also explored opportunities for Turkish companies to invest in El Salvador, specifically in the energy and tourism sectors.”

Despite preparing crypto bills, Turkey’s position on Bitcoin adoption remains unclear even though the country has been battling a surge in inflation over the last year, which saw the Lira lose about half of its value against the dollar. So far, the authorities responsible for fiscal policies in the country have struggled to wrestle the rates down, with Erdogan shutting down any talks of raising rates.