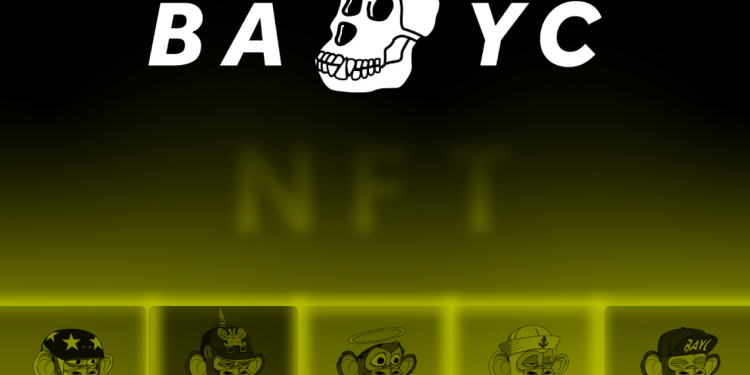 What is Bored Ape Yacht Club

If you’re still shocked at the success that anything ape-related has had in the cryptoverse it may be time to recalibrate your shock meter. Why? The Bored Ape Yacht Club now has an Ethereum token and based on the performance of BAYC NFTs there is every reason to be excited about ApeCoin.

ApeCoin for the Metaverse

Through art, gaming, entertainment, and events, culture has found new expression with blockchain technology. The possibilities for blockchain’s cultural impact are so vast that they cannot possibly be predicted.

ApeCoin is a community-controlled token designed to support what’s next. It is intended to function as a decentralized protocol layer for community-led projects that advance culture into the metaverse.

APE tokens can be claimed by holders of Bored Ape NFTs and Mutant Ape Yacht Club (MAYC). As a result of its release, the BAYC floor price increased 13.2 percent to 106 ETH from 92 ETH, representing a 13.2 percent increase as buyers piled into NFTs.

But plenty of ApeCoin has been made available to the general public. More on this later.

Disclaimer: Your friendly writer is a holder of ApeCoin and a big fan of the project.

According to CoinGecko data, the BAYC price is currently $13.97 with a market cap of $1.85B. That is down significantly from a high market cap of $4B only days ago but overall ApeCoin is up 65% since launch.

On its first day, APE had a market capitalization of $746 million. However, the token is down 22% from its open, most likely due to investors quickly flipping it to pocket profits. Others may be in for the long haul if the overall success of the BAYC project is any harbinger.

An Ape ecosystem for the people

The project’s description emphasizes culture. “APE is a community-controlled and built-upon token designed to support what’s next.” according to ApeCoin’s about page “It will function as a decentralized protocol layer for community-led initiatives that advance culture into the metaverse.”

APE governs ApeCoin DAO, a governance system in charge of what the project refers to as its “Ecosystem Fund.” The fund will be seeded with 470M, or 47 percent of the APE supply, for the “DAO treasury and resources,” according to the about section on the ApeCoin website.

It’s possible that ApeCoin will be used to allow people to participate in the project without having to pay a boatload of cash for a Bored Ape NFT. This is key, as the price of a Bored Ape is now out of reach for all but the ultra-rich.

Towards inclusion many of crypto’s most popular centralized exchanges have already enabled trading for APE, including Binance, Coinbase, and FTX.

Ape justice for all

Reddit co-founder Alexis Ohanian has also joined the project as one of five members of a special council as part of the APE Foundation, a centralized company. “The APE Foundation’s goal is to steward the growth and development of the APE ecosystem in a fair and inclusive manner,” according to the project’s about page.

Yat Siu, chairman of the board of Animoca Brands, a company that previously collaborated with BAYC, is also a member of the special council. On behalf of Anomica, Siu has already made two proposals on ApeCoin’s governance forum, both of which concern staking.

According to the project’s about-page, approximately 8% of the APE tokens will go to BAYC’s founders and 16% will go to “Yuga Labs and charity.”

It has been a big week for Yuga Labs as they earlier acquired the CryptoPunk brand from Larva Labs in a $5B sale.

For the next 12 months, neither set of tokens will be available. In addition, 14 percent of tokens will be distributed to launch contributors, who are defined as “the companies and people who helped make this project a reality.” 10 million of these, or 1% of the total supply, will be unlocked at launch, with the remainder locked for at least six months, according to information posted on the ApeCoin homepage.

How do you feel about the APE project? Have meme coins run their course or will a coin tied to the BAYC project have moonshot potential? Leave us a comment below!

This article is provided for educational purposes only and does not constitute financial advice. As always do your own research and never invest more than you can afford to lose.