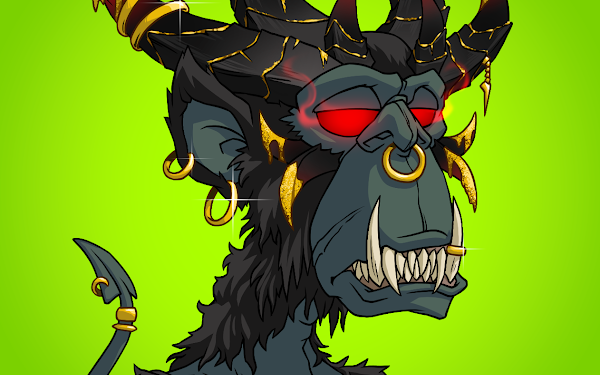 In reading the headline of this article I wouldn’t blame someone for doing a slack-jawed double take. A year ago NFT was a meaningless acronym. Now it is the word of the year according to Collins Dictionary, beating out cryptocurrency.

We now know that an NFT is a unique digital certificate, registered on a blockchain, that is used to record ownership of an asset such as an artwork or a collectible, as defined by Collins in a recent post. A year ago, we had no clue. And no NFT has dominated the news and the market like the Bored Ape Yacht Club.

NFTs, which function similarly to virtual signatures, prove the authenticity of an artwork because the blockchain serves as incorruptible proof of ownership, which means that “original” artworks and their owners can always be identified via the blockchain, even if an image or video can be widely replicated.

However, simply right-clicking on an image and using it as yours is now quickly discoverable and those who do so, especially on social media will incur the wrath of the community and possible banishment.

To paraphrase Nike: Just Don’t Do It.

NFTs can also provide scarcity, which has resulted in a boom in the digital art market. Apparently, serum used to mutate apes is scarce. Really scarce.

Following the recent increase in value and attention for the Bored Ape Yacht Club, the spin-off Mutant Ape Yacht Club collection is catching fire and driving some insane prices-even by BAYC standards.

$3.6M For a Digital Image of a Toxic Waste Barrel

Over the last week, the Ethereum-based NFT project has seen a nearly 500 percent increase in trading volume, with a single Mega Mutant Serum NFT selling for $3.6 million in ETH.

Let that number sink in for a moment. A former tech lead at the Ethereum foundation paid nearly $4 million real dollars for a digital image of a toxic waste barrel in order to mutate a cartoon ape that he previously bought.

The Secondary Market is Booming

According to data from NFT analytics site CryptoSlam, secondary market trading volume for the Mutant Ape Yacht Club has surpassed $70.9 million in recent days, making it the most popular tracked project during that time period. This represents a nearly 500% increase over the previous seven-day period.

What Is The Mutant Ape Yacht Club?

The Mutant Ape Yacht Club is an Ethereum NFT project with a total of 20,000 avatar images. An NFT functions as a digital deed of ownership, demonstrating the uniqueness and scarcity of items such as digital artwork, profile pictures, video clips, and more.

In August, Yuga Labs sold 10,000 Mutant Ape Yacht Club NFTs, generating $96 million in ETH in just one hour. Simultaneously, the creators airdropped one free Mutant Serum NFT to each of the 10,000 existing Bored Ape Yacht Club NFT holders, allowing them to create a new Mutant Ape NFT image that appears to be a mutated version of their original owned character.

Taylor Gerring, a co-founder and former Director of Technology at The Ethereum Foundation, purchased the aforementioned Mega Mutant Serum. Gerring intends to use the Serum NFT to create his Mutant Ape Yacht Club NFT on a livestream. Grab your popcorn!

According to DappRadar, the NFT market exploded in 2021, with nearly $10.7 billion in trading volume in Q3 and an estimated $22 billion year-to-date as of earlier this month.

OpenSea, the world’s largest NFT marketplace, has seen increased activity in December. According to Dune Analytics, the platform has logged nearly $2.9 billion in NFT trading volume this month at the time of this post.

Following similar results in August and September, it is on track to break the $3 billion monthly mark for the third time. The timing couldn’t be better as OpenSea is considering an IPO.

In fact, Snoop is now known more for his NFT knowledge and eclectic collection than he is for rap, as other celebrities are constantly blowing up his Twitter seeking NFT advice.

But these apes are being put to work as more than pretty faces and in some creative ways.

What people are doing with their apes, on the other hand, is unusual. Owning a Bored Ape NFT grants you full commercial rights to it, which holders are exploiting in novel ways. One Bored Ape owner created a Twitter account for his ape and gave him a backstory, transforming him into Jenkins, a valet for the Yacht Club. Jenkins was signed to a real-world agency in September. Jenkins is getting his own biography, penned by New York Times bestselling author Neil Strauss. Not to be outdone by Jenkins the BAYC valet, Universal Music Group has made an investment by signing a band composed of three bored apes and one mutant ape.