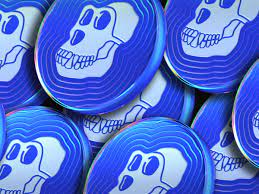 ApeCoin (APE), the Ethereum-based token for the expanding Bored Ape Yacht Club (BAYC) ecosystem, is now in circulation after being officially revealed just yesterday. 93 million tokens have already been claimed since they were made available to NFT holders today. That equates to approximately $810 million.

While current Bored Ape and Mutant Ape NFT holders will benefit the most initially, as they will all receive a free stash of valuable tokens that they can sell, anyone can purchase APE from popular exchanges. Why, though, would you want to? Naturally, there are plans for the token, including exclusive games and services, according to the APE team.

Ready to go to Ape? Here’s a quick guide to how ApeCoin works, who’s eligible to claim a stack of them, and the various uses ApeCoin DAO has in mind for the newly launched token.

ApeCoin is an Ethereum-based utility and governance token. There are one billion in total, with CoinMarketCap reporting that approximately 28% are currently in circulation. Many of the tokens in circulation will vest gradually over the next few years.

While ApeCoin is ostensibly the official token of the Bored Ape Yacht Club and serves as a reward for holders of Bored Ape NFT collectibles, it was not created by Yuga Labs—the team behind the Bored Apes.

Instead, it is the official formation of ApeCoin DAO, a new decentralized autonomous organization formed to govern the token and its future roadmap. According to tweets from Yuga employees and board members, there was clearly a lot of emphasis placed on precise and uniform messaging, most likely for regulatory reasons.

ApeCoin DAO has appointed some prominent members of the crypto community to its initial board, including Reddit co-founder Alexis Ohanian and FTX’s Amy Wu, who will serve for six months before APE holders vote for the next members on an annual basis.

If you are lucky enough to have a Bored Ape Yacht Club or Mutant Ape Yacht Club NFT, you can get a certain number of free tokens from the ApeCoin website. Because each NFT generates its own allocation of tokens, if you own a large number of them, your token rewards will stack.

In total, 15% of the token supply will be reserved for NFT holders. Another 47 percent of the total supply will be granted to the DAO treasury and resources, with a large portion of that amount vesting over the next 48 months.

ApeCoin for the people

For those who do not own a Bored Ape NFT (99% of us)  and did not contribute to the creation of the Bored Apes or ApeCoin, the token is currently trading on a number of cryptocurrency exchanges. APE is listed on popular exchanges such as Coinbase, FTX, and Gemini.

What’s the point of APE?

ApeCoin is intended to be used for utility and governance.

Basically,  it’s a decentralized token that can be used for payments and transactions in Web3 apps of all kinds, including those not created or controlled by Yuga Labs or associated with the Bored Ape Yacht Club.

Because ApeCoin is governed by a DAO, holders will be able to vote on community-led proposals that will determine the token’s future. There are already governance proposals for things like ecosystem fund allocation and staking rewards, for example. That may sound dry and boring to some, but it may have an impact on future benefits for APE holders.

Animoca Brands, a blockchain game developer, has announced plans to incorporate APE into a “secret project” it is working on with the Bored Ape Yacht Club. It appears to be related to the recent launch of a website (somethingisbrewing.xyz) that collects information from interested ape aficionados.

Meanwhile, it was announced that APE will be used in an upcoming play-to-earn game based on the Bored Ape Yacht Club, and Animoca’s unaffiliated Benji Bananas game will use APE for token rewards. ApeCoin DAO has stated that some future functionality, such as upcoming games and services, will be reserved exclusively for APE holders.

There could be a lot more on the horizon as well. SaltWater Brewery in Florida has announced the same for its beer—with a discount, no less. Several high-end Miami condos are also accepting payment in ApeCoin.

APE, as a decentralized token, has the potential to be adopted by a diverse range of businesses and projects. That is the goal of ApeCoin DAO: the more useful it is, the more valuable it may become. With the Web3 industry still in its infancy, APE holders can only hope that it will become a popular payment method for the metaverse.

Disclaimer: This article is provided for educational purposes only and is not financial advice. As always do your own research and never invest more than you can afford to lose.