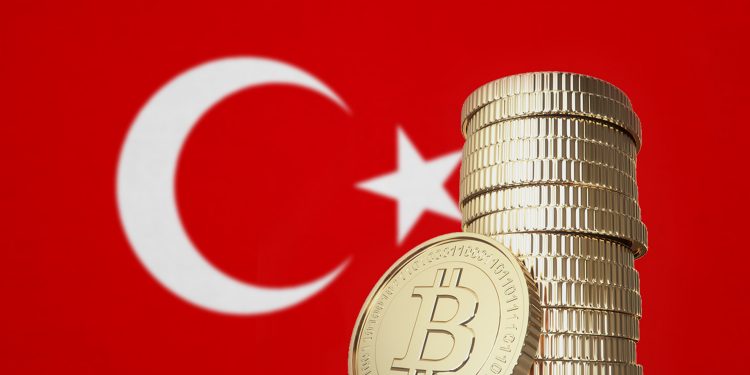 by Aaron Moses
in Business, Investing, Markets, Politics
Reading Time: 3 mins read
0
Share on FacebookShare on TwitterShare on LinkedinShare via WhatsappShare via Email

The Central Bank of the Republic of Turkey makes a stunning announcement as it regulates payment with cryptocurrencies. Bitcoin price falls 4% upon this news, right before it almost reached a new all-time high.

In a new letter by the Central Bank of the Republic of Turkey, regulations have been revealed that will prohibit payment providers to allow people to exchange digital assets for goods and services.

Turkish Government is concerned about cryptocurrencies

According to the letter, the Turkish government has concerns of how to regulate the crypto market given its volatility. They seem highly concerned about the potential use of crypto currencies within illegal circles.

This puts the citizens of Turkey in an odd situation. Very recently, the lira has been dropping to dangerously low levels on foreign exchange markets. Because using digital wallets and exchanging crypto for goods and services has become popular in Turkey in the past months. However, this new regulation announced on April 15, will make it much harder for users of digital wallets and crypto in Turkey to continue doing this.

According to an article at reuters.com, the central bank said:

With this new regulation, it’s still possible for people to sell their Bitcoin for Lira. But this certainly adds a layer of complexion to something that was designed to be simple. And Turkey isn’t the only nation in the world looking to disrupt the trading of crypto and technological innovation of Blockchain. Just last month (March), it was revealed that law makers in India are seeking to pass legislation that will prohibit the possession and exchanging of crypto entirely.

What this means for the future of crypto in Turkey

After the announcement was made this morning, Bitcoin dropped 4% right as it was rallying to break an all time high record. The crypto market is always severely affected by government regulation. Whenever a country enacts a harsh law on the use of blockchain and cryptocurrencies, it has a bearish effect on the market.

One thing is for certain, this is a very upsetting ordination which the Central Bank of the Republic of Turkey has created. The Blockchain technology has created the opportunity for people to easily send funds permissionless to one another without bank regulations – now this is made much more difficult.

The Central Bank expressed concerns about how they would monitor the trading of digital assets – but what the banks in Turkey are actually concerned about is not criminal activity – it’s how they’re going to get their cut of the profit. Some say however, the crypto movement in Turkey will not lose steam. Major blockchain companies such as Binance set up offices in Istanbul in late 2020 – and Binance even partnered with Papara – Turkey’s version of Paypal.

Turkey’s government has also expressed wildly their interest in the use of blockchain technology in government infrastructure. So, will these regulations halt the use of crypto in Turkey? It seems hard to say, but one thing is for certain – it will not be easy for them to stop. Too much of the public is using it now on a regular basis for them to stop crypto without putting up a fight first.

If you enjoyed reading this article, you might also like the Blockzeit original South Korea Teases Flexible Crypto Tax Laws.

Arweave and the Future of Digital Art

While the internet has been plagued by broken links for years, with the advent of blockchain technology, this problem has...