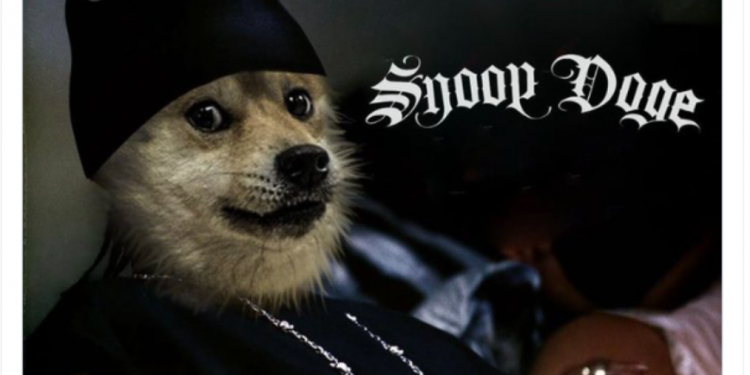 by Aaron Moses
in Investing, Trends
Reading Time: 3 mins read
0
Share on FacebookShare on TwitterShare on LinkedinShare via WhatsappShare via Email

One of the most popular cryptocurrencies of 2021, Dogecoin, reached a new all time high in price early on Wednesday morning April 13th. And now, it has surpassed Chainlink to hold the number 10 spot on Coingecko’s list of top 100 cryptocurrencies by market cap.

Many experts attribute Dogecoin’s surge in price to its recent celebrity endorsements including Snoop Dogg and Elon Musk.

Not long ago, there was talk that Elon Musk was being investigated by the SEC (The U.S. Securities and Exchange Commission) for his involvement in the surging price of Dogecoin. This was because of funny tweets he had made about Doge.

Some have said he is doing this for his own financial profit – however, not much more has come to light on whether the SEC plans to continue monitoring Musk’s involvement with Doge. Musk actually publicly addressed concerns about Dogecoin’s distribution of tokens being too heavily concentrated to a select few. Musk said,

“If major Dogecoin holders sell most of their coins, it will get my full support. Too much concentration is the only real issue imo.”

So, it’s unlikely Musk is one of these major whales holding large amounts of Dogecoin.

The @dallasmavs have done more than 20,000 #Dogecoin in transactions, making us the LARGEST #DOGECOIN MERCHANT IN THE WORLD ! We thank all of you and can only say that if we sell another 6,556,000,000 #DOGECOIN worth of Mavs merch, #dogecoin will DEFINITELY HIT $1 !!!🚀🚀🚀

Founder Billy Markus did not see this coming

While Dogecoin has seen a lot of mainstream public attention, it’s also received much criticism from crypto enthusiasts, they claim that Dogecoin has no utility or function. In fact, Billy Markus himself, one of the two co-founders of Dogecoin, admitted that Dogecoin was invented only as a joke. Markus said, he would be shocked if the price ever went to a dollar. Most recently, he commented:

“People are talking about Dogecoin going to $1 – that would make the ‘market cap’ larger than actual companies that provide services to millions, such as Boeing, Starbucks, American Express, IBM. Does Dogecoin deserve that? That is not something I can comprehend, let alone answer.”

Markus sold all of his share back in 2015. This was revealed in an open letter he published on Reddit.com in February of 2021 which you can see below.

Many holders of Dogecoin are hoping that it will reach $1 in this current bull run the crypto industry is undergoing. For Dogecoin to reach $1, that would put it roughly at a $160 billion dollar market cap (currently sitting at $16.3 billion). And right now, it has a circulating supply of 128 billion tokens. Given that Bitcoin, for example, has a market cap of $1.3 trillion and has a circulation supply of only around 21 million coins.

It is unimaginable that Dogecoin could ever reach anywhere close to where Bitcoin has come in price. However, who knows? Maybe we will see Doge a $1 this year. If it continues to receive celebrity endorsements, it’s likely the price will pump more.

Please note that this material is for informative purposes only, not financial advice. Always do your own research before investing in crypto.

Similar to Terra Luna, a new project, Deus Finance has experienced a de-pegging event. DEI, the stablecoin of Deus Finance,...

Cardano's ADA token has dropped yet again as part of the overall market crash, and is now worth around $0.60....