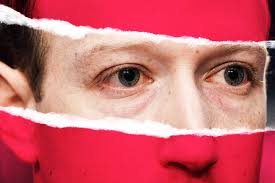 Meta hopes for success in another dimension as Facebook fades. Have we learned our web2 lesson? Image: Slate.com

Opinion: Meta Could Still Wreck Web3 and the Metaverse

by Jay Speakman
in Metaverse
Reading Time: 7 mins read
0
Share on FacebookShare on TwitterShare on LinkedinShare via WhatsappShare via Email

The future of the way we socialize on the internet is being defined right now, and that is far too important to let it rest in the hands of Meta and the other giant social companies. A quick look at Facebook’s (Meta) history shows a penchant for falling well short of expectations when it comes to web3 transparency.

And, as a model of big, centralized organizations, Meta gives us some of the clearest examples of these failures. Let us take a look at some instances in which Meta failed to build the future of social experiences on the web.

In 2010, Meta – at that time known as Facebook – released its “Open Graph” protocol, which gave developers the ability to build networks of links among friends in an effort to get others to use their apps. It was a way for users to carry their Facebook identities from one app to the next, making it easier for developers to deliver personalized experiences for these users across different platforms.

A few years later, though, the company switched gears, becoming relentless about blocking developers from accessing friends, its News Feed, and other data. The primary reason behind this was to limit competition, since Facebook was concerned about people reversing the engineering of its social graphs and creating their own versions of Facebook.

As a result, it ended up killing off the product, which is considered by many within the community now essential. It was ahead of its time – right up until it was not profitable.

The weaponization of data

Facebook felt that by providing that data, it was weaponizing it against competitors, and that, because of its centrality, Facebook could unilaterally shut down that access. It took ownership of users that registered an Instagram handle, #Metaverse.

Users put great value in their social identities online, as it represents what they are, bearing the burdens of the efforts and time spent on the internet.

As a result, the social media management landscape presented unforeseen challenges when Facebook rebranded itself as Meta, introducing new logos and imagery.  An active Instagram user, who had already registered the name @metaverse, was already regularly sharing photos under this handle.

Meta: A magnet for bad news

Meta then blocked her account without any notice. When that story broke, the social media juggernaut received predictably bad press.

The emerging decentralized paradigm has put an emphasis on transparency and accountability. Future social platforms will be designed so abuses of power are either not feasible at an operational level, or are extraordinarily easy to spot.

What is yours will stay yours, and neither software nor administrators can change it manually.

In case you forgot, Facebook spent a good chunk of the 2010s collecting the personal information of millions of its users on behalf of a British consultancy called Cambridge Analytica.

The data was used mostly for political ads, with users consent, and was a seminal moment in the company’s history. What is more, while it made news at the time, it does not seem to have changed much about the way the company operates, or how users are protected.

When NPR followed up the story in 2021, it found Facebook refused to take responsibility for its actions, and consumers did not see any changes as a result.

In reality, this rash move by one corporation serves only to underscore the need for a sovereign Internet-wide identity and access control layer.

People are becoming increasingly conscious of the importance of identities online, something that the blockchain is uniquely equipped to solve. Metas story is also a textbook example of surveillance capitalism, something that should rankle every Internet user.

We have seen well-documented incidents demonstrating that previous generations of the giant social platforms, and the data-driven business models that they represented, cannot be trusted to build a mature ecosystem for internet users.

These mega platforms have cast a long, dark shadow on social media as a whole, but the space’s future is bright. The cryptocurrency explosion over the past decade has shown that big, centralized entities do not have as much power as they used to. The Metas decision is on us all.

The decentralized future is now

The future of the web is the joint work of many different projects, developers, and users, who all have sovereignty at their core. The stage is set for next-generation, smaller, more flexible companies to dramatically reinvent the way humans express identity and engage with their network connections.

Smaller, more engaged teams will care more about making an impact and building upon each other than about growing existing revenues.

These new businesses have an opportunity to set the stage for decentralized, bottom-up societies. They can set standards and an infrastructure that allows individuals to accrue and own their own social capital and status, whether inside or outside of different social networks.

They can weave trust into the fabric of their social networks, which allows for more meaningful connections and enhanced discoverability. As a result, they can build a more decentralized, open, and sustainable Internet for all.

A protocol is needed to help coordinate this effort, to set standards for interoperability in social data, to offer an all-purpose data storage solution that is simultaneously decentralized and cheaply scalable, and to enable app developers to quickly access the resources available.

A protocol such as this would be a powerful tool for fighting surveillance capitalism from companies such as Meta. It would put users in full control of their data and identities, making it far harder for bad actors to abuse private information.

Yet, it is not an easy job.

Web3 is a vast endeavor, one that will require input from a number of individuals and organizations. It will be a once-in-a-lifetime demonstration of the scenius of humanity, or the focused, willingly choreographed collective radiance.

Inaction is a choice

The good news is the overall spirit of nascent web3 could be radically transformed. Composability and interoperability are not simply technical specifications; they are inherent value propositions we actually subscribe to, and that we share with others to cooperate. It is a demand that we need to deliver on if we are going to build a better future for the Web.

Inaction is also one kind of action. The consequences of doing nothing to address the problems with Meta are clear. Your digital identity will never be truly yours, always susceptible to being moderated, altered, or even erased.

Given the increasing integration of our physical lives with digital ones, the blurring of the lines between them, and the posting of ever greater amounts of individual and collective values into the digital realm, this threat is becoming darker and more omnipresent.

In the grand scheme of things, we are going to be sliding towards a total surveillance capitalism society, in which not only do all individuals lose control over their data and identities, their data is going to be even further commodified, turning users into products, slowly losing perspective on the issue and will forgo action.

Does anyone really believe that Meta won’t mine the data associated with users interacting in their Horizon Worlds?

A total profit-driven system shrinks the space for any discourse or effort that concerns human agency and the meaningful social connections of human groups. Facebook (Meta) personifies this.

Meta, by all accounts, is in trouble. They’ve spent $15B on building their version of the metaverse and can’t even get their own employees to spend time in it. Investors are worried, the stock is getting hammered, and jobs are being cut. Yet, like a wounded lion, Meta is still a force to be reckoned with.

We need to take action now to secure a brighter future for the Internet and humanity in general. The coming web3 network offers us the chance to do things differently, and we need to embrace that opportunity together.