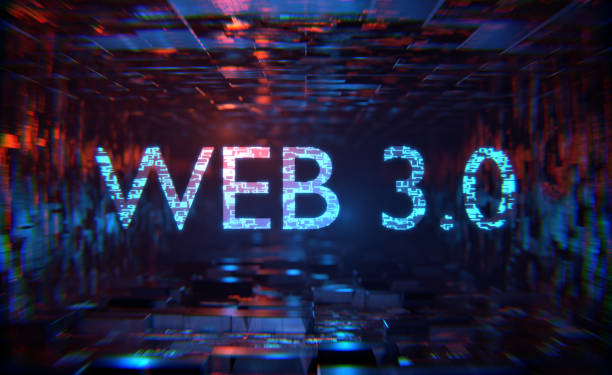 Is Web3 the Next Internet Platform?

by Jay Speakman
in Metaverse
Reading Time: 7 mins read
0
Share on FacebookShare on TwitterShare on LinkedinShare via WhatsappShare via Email

The next generation of the Internet platform is on the way. In fact, it’s being built right now. Big corporations are already investing in web3 development. For example, game retailer GameStop is looking for web3 gaming leaders. Meanwhile, social network Reddit is experimenting with web3 features.

Is web3 really the next internet platform?

Web3 is being pumped as the next big thing, the next phase in the progression of the internet. It is anticipated to be more democratized and decentralized, and it will be powered by the dynamics of blockchain technology. However, in order for that to occur, a number of things need to take place, such as improved levels of security, and interoperability between different chains, to name a few.

The metaverse will run on web3

The metaverse is an emerging technology that allows users to interact with each other in a virtual environment. Its unique interface enables users to engage in a variety of activities, including work, education, socializing, and entertainment. The concept has a myriad of benefits, but there are also risks. Researchers are debating whether it’s a Utopian experiment or if it will ultimately be an important tool for tackling real-world problems.

Corporations are exploring the possibility of creating their own metaverses. One example is gaming, entertainment, and sport, which have high potential in the metaverse. Companies are considering these industries for their marketing strategies. For example, a gaming company might target a particular demographic by offering a virtual reality version of their gaming platform.

The metaverse is an extension of the current web into a 3D environment, where users can build avatars and interact with virtual objects. Users can buy and sell virtual goods and communicate in real-time.

This technology is also a powerful tool for delivering immersive experiences. For example, immersive collaboration, 3D assembly review, and shopping in the digital world are all applications that can benefit from this technology. It could also be an important tool for educational institutions, healthcare, and retail. This is a rapidly evolving technology and business leaders must assess its potential and how it fits in with their long-term plans.

Although metaverses are still in their early stages, more agile disruptors are attracting big capital to create new metaverse experiences. These young businesses are leveraging web3 protocols to build strong networks of users and owners. They generate revenue through virtual goods and NFT transactions. In addition, many of them are built on the Ethereum blockchain, which enables interoperability and portability.

Web3 is an ambitious project that aims to decentralize the Internet and launch a new, multidimensional environment for user participation. It is based on blockchain technology, which enables the sharing of trustless, distributed data. It is also expected to create new economic sectors and forms of commerce.

By transferring power to the public, web3 would mark the evolution of the web and the digital economy. It would enable peer-to-peer buying and selling of assets, and allow consumers and businesses to buy and sell digital goods without the middlemen.

With web3, people can interact with other users through virtual worlds that are truly immersive. During these experiences, people can play games, socialize, attend meetings and engage in other activities.

Despite the hype, web3 may not be the next internet platform for everyone-at least not now. The technology is complex, and the barrier to entry is too high for average users. Users must be able to understand complex technical documentation and navigate clunky user interfaces.

However, cryptocurrency wallet providers are working to overcome this issue. But before web3 can become widely used, more work is needed.

Many are touting web3 as the next iteration of the internet, permissionless and open to everyone. It is censorship resistant, decentralized, and user-owned, and will have huge implications for users and society. Among other things, it will allow users to have just one secure account, which they can use to move in and out of applications without ever having to set up a new account. This will remove the need for hundreds of separate accounts and reduce friction when switching platforms.

This enables startups to compete with the large incumbents that built their entire business on legacy technologies. Because web3 is interoperable, developers can create and share software and other services without requiring permission.

A unique identity ownership model will be another core feature of web3. Unlike traditional platforms, users own their identity and choose which applications they want to interact with. By using digital wallets on web3 blockchains, the user can claim ownership of digital assets and use them to make transactions. This enables censorship-resistant applications.

Despite its nascent state, web3 has generated a lot of buzz in the crypto community. It has become a hot topic at tech conferences, and even major tech companies have assembled teams to work on web3. While it is difficult to gauge its potential for mainstream adoption, it has a great potential to disrupt the current system and revolutionize the internet.

The current internet is dominated (some argue owned) by a few giant corporations, like Google, Amazon, and Meta. If web3 eventually replaces the internet, it would be free of these corporations and would be decentralized. It would allow for a permissionless web and online apps. All data and transactions would be verified by the network.

The web3 platform is a blockchain-based, decentralized, and permission-less system that radically shifts the debate on online privacy and security. The blockchain’s radically public nature allows everyone to see every transaction and eliminates the need for a central authority to verify an account. web3’s decentralized nature also promotes autonomy among its users, who can decide how to be identified without worrying about being tracked by a central authority.

While web2 titans routinely make the news for their abuse of user data, the web3 platform is based on robust anonymous record keeping that preserves identity infrastructure and individual privacy. This feature was also instrumental in the development of cryptography and the emergence of the modern web. As a result, the web3 platform has the potential to make our society a safer place to live.

The web3 platform also provides monetization opportunities for artists and athletes. For example, the web3 platform enables athletes to make money from their digital assets, giving them a direct connection to their fans. While some NFT holders choose to keep their real identities private, others opt to use a username rather than a real one.

However, despite its promises, privacy advocates still have some concerns about web3’s privacy. Eighty-one percent of adults say they have little control over how their data is used, and the web3 platform’s promises of transparency and control aren’t enough to convince them that the benefits outweigh the risks.

The web3 network promises freedom from corporations that mine customer data for profit and fraudsters, but there are a number of risks associated with privacy. For example, web3 can be vulnerable to front-running, where miners insert transactions before others and extract more value. Furthermore, web3 users need to be aware of the potential risks associated with cryptocurrency.

As with any new or developing technology their will be winners and losers as companies seek to get a jump start on their competition and provide and prove to customers that web3 will indeed fulfill its destiny as an inclusive, truly customer-centered experience.

A few decades ago, the metaverse was something that could only be found in science fiction films and books. These...