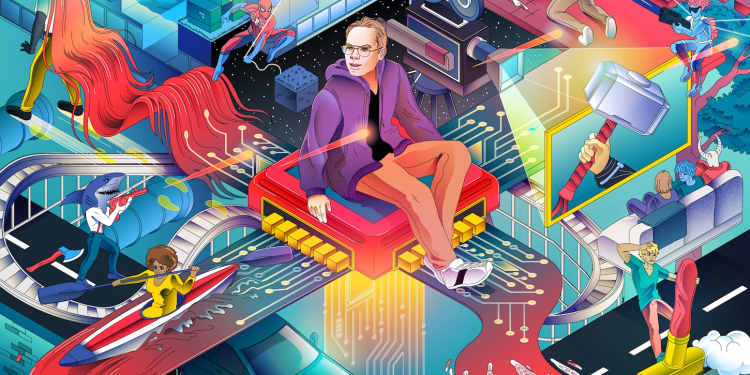 Why Meta Has Already Lost The Metaverse

by Jay Speakman
in Metaverse
Reading Time: 10 mins read
0
Share on FacebookShare on TwitterShare on LinkedinShare via WhatsappShare via Email

Mark Zuckerberg wants to own the metaverse, but the fact is, he’s already lost the race.

Wait, what? Didn’t Facebook just change their name to Meta? So how did Zuck lose the race for the metaverse so fast and how did he get beaten so badly?

In virtual worlds today there are already over 6 billion player accounts in the top 10 games in 3D worlds. And there are 2.5 billion gamers in virtual worlds at any one time. That means there’s already more players today in the metaverse than there are users in Facebook, Instagram, and WhatsApp combined.

The top three virtual worlds, Player’s Unknown Battlegrounds, Crossfire, and Dungeon Fighter, have 3.5 billion player accounts between them and they’re all owned by Tencent, the largest gaming company in the world.

Tencent also owns WeChat and QQ, which gives them a huge online social payment system. This is something Meta (Facebook) still doesn’t have. Tencent also owns Spotify and 40% of Epic, which already runs the biggest online virtual concerts on Fortnite with another 350 million players. That’s serious cred.

Topping the list of virtual worlds is Microsoft’s Minecraft with 600 million players. And Microsoft is now the fifth biggest gaming company in the world. And between games, the Xbox console, Microsoft HoloLens, and their own vision for the metaverse they’re well ahead of Facebook.

You can also add one more metaverse light years ahead of Meta, Roblox.

A staggering 50% of all 9 to 12 year olds in the US are playing either Minecraft or Roblox right now. That spells bad news for future adoption of Meta’s version of the metaverse.

Roblox has doubled in the last year to over 30 million plays a day, and after their IPO they now have a valuation of $38B.  How does Meta compare to these billions of players already in 3D worlds? Between its Oculus, Horizon Home, Horizon Worlds and Horizon Workrooms Meta today has just 5 million users. Total.

We’ll put that another way.

Less than 0.2% of everyone who’s experiencing a 3D virtual world today is doing it with Zuck’s Meta. So, if Meta is already late to the metaverse, maybe they can catch up by building the tools.  After all, that’s what Zuck did with Facebook and social media, right? This brings us to the next hurdle.

Meta is too late here as well.  While the 2d internet was built on code to create pages, the 3D metaverse is being built on engines that create worlds. And the two biggest engines, Unity and Unreal Engine are already multi-billion dollar businesses.

Unity had their IPO and has already tripled in value to $43B. According to Unity CEO, John Riccitiello, there are 5 million projects started on the unity platform every month. Let that number sink in for a moment.

These projects have turned into best selling games like Pokemon Go and Call of Duty mobile. Furthermore, over 50% of all the mobile games on Apple and Android phones are running on Unity software.

Meta’s metaverse right now, isn’t even being built with a Meta engine, it’s being built using the Unity engine. Will Meta end up trying to create their own world engine one day? Maybe.

But right now Meta is just one metaverse project out of 60 million this year. In more bad news for Meta, Unity’s CEO has the opposite vision of the metaverse than Meta has. For Unity, the word “metaverse” is plural. They believe (as do others) that there will be hundreds of thousands of destinations, and certainly not one run by one company (Meta) that, to be honest, doesn’t have the best reputation-especially when it comes to protecting users’ privacy and identity.

The other winner of the metaverse toolbox race to build 3D virtual worlds is Unreal Engine, created by Epic Games. That’s the same company that also owns Fortnite.

Epic CEO Tim Sweeney has been living and breathing in the metaverse for years and was even more blunt about Meta’s plans. Sweeney says they (Facebook) had all these people following them. Then at some point, Facebook decided they weren’t going to let businesses talk to them directly unless they do so through paid ads. So, they introduced advertising as their monetization strategy. By the time businesses figured it out, they were trapped.

Sweeney doesn’t just criticize Meta (Facebook) also saying  that now we’re in a closed platform wave, and Apple and Google are surfing that wave, too. As we’re presented with alternatives, everybody is going to realize, okay, we spent the last decade being taken advantage of.

So bottom line, not only is Meta not building the tools that are shaping the metaverse or driving a hundred million projects that are building the metaverse this year, no one wants them to, or even needs them to. This is reflected in Meta’s stock price which continues to be in freefall as Meta is trading at its lowest point since 2019. On top of that, Meta has laid off employees and put hiring freeze in place as it continues to lose users (TikTok) and advertisers abandon them.

Okay, so Meta has lost the race to create the tools to build the metaverse. But what about the hardware? After all, Facebook bought Oculus VR for $2 billion in 2014, right? And hasn’t Oculus become the best selling VR headset in the world?

And as 5g rolls out, it will be a hundred times faster than 4g, giving us seamless access to the metaverse wherever we are. This means the metaverse can continue to grow and be experienced without needing to wear goofy headsets like the Meta Oculus Quest. So who is winning the hardware battle?

Easy. Nvidia, the leader in the graphic processing chips that are needed for people to experience realistic virtual worlds.

Nvidia CEO Jensen Wang, recently explained the growth in computing power of Nvidia’s GPU, which is much faster than the traditional CPUs that was predicted by Moore’s Law.

And if you’d invested in Nvidia just a few years ago you would’ve already doubled your money. As their share price has also taken off with the growth of PC gaming. Right now that growth is doubling every year compared to the doubling every second year of the metaverse.

Sony and Microsoft are the other two big winners in metaverse hardware as Sony’s PlayStation, and Microsoft’s Xbox dominate the gaming consoles market. Sony, like Tencent, is also an owner of Epic Games, which means both companies are far ahead of Meta in both hardware and software.

How far ahead? There’s been over a billion gaming consoles sold with all the most current models working with VR headsets.

That compares to just 5 million Oculus VR headsets-that’s like a 1000 to one difference, and Microsoft even beats Meta on headsets alone. And that’s because they’re focused on companies and the government instead of the public. In just one recent deal, Microsoft won a $22B army contract to supply their HoloLens AR headsets to soldiers.

That’s more than 10 times the estimated $2B in sales that Meta expects to make from its Oculus Quest headset sales in 2022. To date, Meta’s hardware efforts are have much too little, and far too late. And as VR glasses get lighter and faster, Meta will have to chase hard to even get to 1% of metaverse users.

Meta: Good News for People Who Like Bad News

If Meta is being beaten so badly on all these fronts can it get any worse?

Actually yes, a lot worse because the bigger winner is, well, everyone. The billions of users who have experienced the metaverse in virtual 3D worlds are already creating, interacting and transacting in a digital economy that is worth trillions of dollars, and all of it is bypassing Meta and Zuck.

The crypto economy and NFT boom we’ve seen are all part of this new digital world. A world that it’s being led by the next generation-the kids, teenages and young adults who are never on Facebook and don’t interact with Meta. This represents a key demographic that Meta is throwing billions of dollars toward in an attempt to at least stay relevant.

With over 60 million new metaverse projects on Unity alone this year, and with millions of individual creators already building their own worlds, games, avatars, artwork, assets, currencies, and entire economies in the metaverse. It’s already growing too fast for any one company to control. The vision of the metaverse being an open world where no one big company gets to win or control the access or data is already here. And you can’t put a wall around the garden if the garden is already a world of possibilities.

What do you think of Meta? Do you agree with us or have a different opinion? And do you think the metaverse will lead to more freedom of choice or more chaos or control. Leave us a comment and if you found this article useful we’d be super-happy if you shared it.