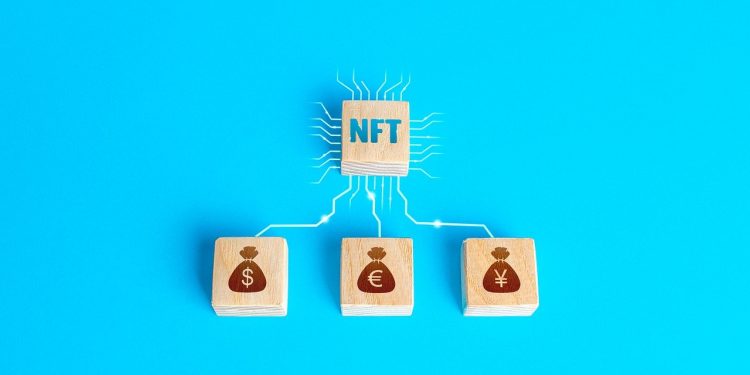 Weekly NFT News Roundup: Katy Perry launches her own NFT collection and the founder of Decentraland (MANA) is creating a blockchain video game.

Music industry celebrity Katy Perry launches NFT collection for her followers in sequence with her new show in Las Vegas at the Resorts World Las Vegas Hotel. Perry has partnered with Theta Labs for this event.

Perry and her talent agency, Creative Artists Agency, have also obtained a minority interest in Theta as payment to her partnership with the protocol.

Perry became famous for her hit single that debuted in 2008 – I kissed a girl. Since her claim to fame, Perry has had a numerous songs hit in the top ten. Perry commented on her introduction to NFTS and the announcement of her new show by saying:

“This is a new and unique opportunity to connect with fans around the world without having to be with me in Las Vegas. I can’t wait to see all the exciting and memorable creative work with the Theta team. Hmm, so fans can own a special moment of my stay.”

“I can’t wait to dive in with the Theta team on all the exciting and memorable creative pieces, so my fans can own a special moment of my residency that’s both a digital collectible as well as an IRL experience.”

NFTs are still obviously a big trend in popular culture. But Katy Perry’s new blockchain venture isn’t all that’s going on in the NFT universe. Fans will be able to purchase non-fungible tokens on Perry’s website upon release.

Founder of Decentraland plans to bring blockchain games to the masses

The founder of Decentraland, Ari Meilich, is set to join forces with gaming industry tycoons to launch a new company called Big Time Studios. The list of investors in the company also include movie star Ashton Kutcher and crypto billionaire Sam Bankman-fried.

The goal of Big Time Studios is “to bring blockchain games to the masses.” The company successfully raised over $10 million dollars it’s first round of fundraising. A Coinbase contributor said:

“I think this is a nice story about the potential evolution about the NFT maket. In game economies have existed forever, but they’re extremely siloed. The vision here is to sort of breakdown those silos and make those assets really work.”

Meilich, the founder of Decentraland, wants to create the first asset game where player can own digital assets. Meilich said:

“So we are building tech that gives regular players who know nothing about crypto, access to their blockchain-based virtual goods. That means providing hosted wallets and a fully managed experience where we custody their assets, and also taking a lot of the transactions off-chain to save on gas.”

Meilich will be teaming up with an all start team of video game designers who have worked on classic titles such as World of Warcraft and Call of Duty.

NFTs and their uses continue to gain traction even after the hype bubble of early 2021. If you enjyoed this article, you might also want to read, NFT Digital Comic Book Gives Creative License to Fans.