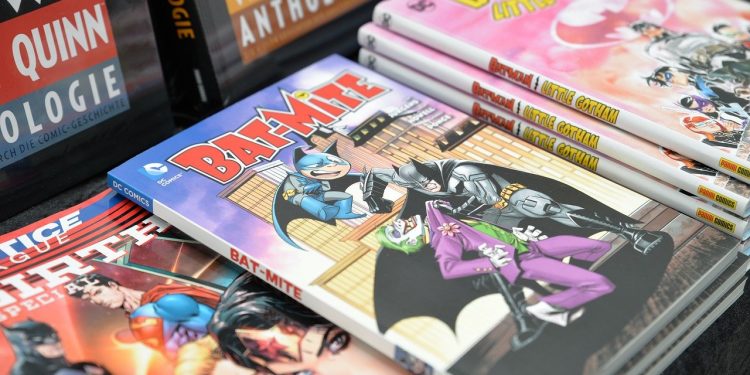 A new digital comic book powered by the NFT metaverse called InterPop wants to let fans decide collectively on the fate of characters.

This isn’t the first time this happened. More than thirty years ago DC comics created a poll to let fans decide if Robin, Batman’s comrade, should live or die. The fans decided they wanted a dramatic fate for the character, and so he was killed off in a subsequent edition.

“Characters are going to die over the course of this run of comics. And it will be fan decisions that will dictate who those characters are and what shoes they will be wearing,”

An editor of InterPop, Rachel, has worked in the industry for a long time. And she believes that fan voting is great way to receive critiqe on the work. She says that fan feedback is honest as it, “doesn’t go by sales information.” Rachel said that InterPop’s decision to allow fans to vote on the fate of characters is a new interne-age spin on comic book letter columns. She believes it will improve the quality of the comic books as fans in general are sincere.

The creators of InterPop were inspired by the idea of a digital trading card came. This is being programmed to be facilitated on the Tezos network. InterPop will create more than just comic books, they also want to create collectables and in-game assets. But in order for fans to participate in voting, they will have to own issues of the comic book which are each their own separate NFTs.

The first edition of the new NFT powered comic book will feature many unique digital covers created by beloved artists Mike Allred from Madmen and Bill Sienkiewicz who worked on The New Mutants.

How can you join InterPop?

Anyone will be able to read the Interpop comics for no charge. However, as mentioned above, in order to participate in the character voting system, participants will need to own NFTs of the certain edition they are voting for. And there is the ability to get advanced access to the platform by going to interpop.io and attending a virtual event which will take place on July 17th. Participants will receive an early edition of the InterPop comic saga.

While all editions of the comic book as well as the game can be purchased with fiat, there is also the option to purchase with crypto via Mintertop. All crypto purchases of Interpop editions will be faciliated via the Tezos blockchain.

If you enjoyed this article, you might also want to look at The Top 10 most expensive NFTs ever to be sold.