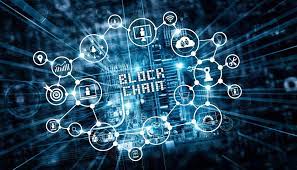 As blockchain technology adapted to new use cases, the number blockchains will continue to grow. Image: Forbes

How Many Blockchains Are There?

But how many are there? Ultimately, there are many more blockchains than you probably realize. If you’re new to cryptocurrencies, you’ll be surprised at the number of different types.

What are the different types of blockchains?

This article will explain the differences between public and consortium blockchains, and explain why the Bitcoin blockchain is unique. Ultimately, the answer will depend on what you use the blockchain for.

While there are many benefits of public blockchains, they also have some drawbacks. These include their lack of security and the need for massive data processing. For instance, if a farmer sells produce to a customer in America, they may not want the warehouse operator to know the agreed-upon prices, only the quantity and quality specifications. This is where permissioned blockchains come into play. These blockchains allow external vendors to perform certain activities without requiring the entire network to know about it.

But even private blockchains have their drawbacks. While public blockchains can be used for auditable chains of custody, their network can be slowed down significantly. Nevertheless, this problem can be overcome with the right approach.

Due to this flexibility, the operation of a consortium blockchain is faster and easier. Moreover, its low transaction fees encourage collaboration between the participating companies.

A consortium blockchain is an ideal solution for creating a network of supply chain participants. These participants can share large amounts of data in one place and can use it for supply chain tracking and identification.

For example, a consortium can be formed by hospitals or insurance companies that store massive amounts of information and data. Such organizations can then join the consortium to increase its privacy and security. However, setting up a consortium is a complex process, requiring a large degree of cooperation between the different entities.

Aside from that, it also poses a risk of antitrust issues. Further, some supply chains may not have the required infrastructure or technology to implement blockchain tools, or may not be able to afford the upfront costs.

While blockchain consortia are beneficial for industry players, they are not appropriate for every business. The idea behind these groups is to share knowledge and resources to create a mutually beneficial network. By working together, business partners and competitors can create a consortium blockchain.

A typical consortia comprises around 74% of organizations, and newcomers can also join. As long as they can work with each other to develop a consortium, the development and maintenance of the platform can be streamlined and the communications and operational flow between members can be optimized.

Bitcoin is not the only digital currency. There are hundreds of other blockchains and digital currencies out there. Blockchain technology is a type of distributed computer network. It allows people to exchange digital currency among themselves.

The blockchains are linked cryptographically to make them irreversible. Thousands of different blockchains exist. Many people are confused by this. So, let’s look at what blockchain technology is and how it works.

Different blockchains were created for different purposes. While some have similarities and others are different, each type serves a different industry.

Let’s give a further example. The public blockchain was created for Bitcoin, which enabled anybody on the internet to conduct transactions. Its decentralized nature enabled people and organizations from all over the world to use it. This type of blockchain is ideal for social groups and organizations that value trust.

Private blockchains, on the other hand, are not suitable for businesses that need to protect their customer’s data. Also, they’re expensive to maintain. Besides, nodes have to act as miners to operate these public blockchains.

Because it’s distributed and immutable, blockchain technology is widely used for various purposes. For example, blockchains can be used to secure voting in democratic elections. Due to its immutability, it is difficult for anyone to rig an election.

The voting system could issue a token to each citizen and each candidate would have a unique wallet address. The voter would then send their tokens to the address of the candidate they’re voting for.

So, what is the difference between a public and consortium blockchain? Ultimately, it depends on your needs. If you want to use a blockchain for general transactions, then a public blockchain is probably best.

However, if you need more control over who can access the blockchain or need privacy features, then a consortium blockchain may be better suited for your needs.

And finally, remember that Bitcoin is unique because it is both a public and consortium blockchain. If you want to learn more about blockchains in general, check out our article “What is Blockchain?“. Thanks for reading and please share this article on social media. We’d be super-happy if you did!

Stellar and the Future of Money