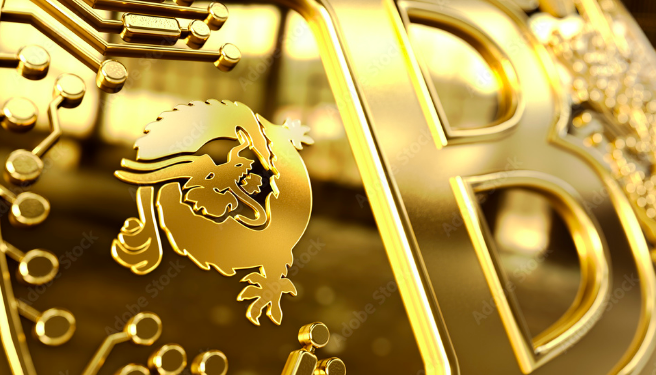 by Jay Speakman
in Bitcoin News
Reading Time: 5 mins read
0
Share on FacebookShare on TwitterShare on LinkedinShare via WhatsappShare via Email

New blockchain exchanges and NFT marketplaces keep spawning many new digital products for sale. You may be curious about how much volume of transaction data is being created. All that data needs to be stored in the blockchain. And if you hadn’t thought about it, you’re probably curious now.

The original 2009 Bitcoin blockchain has a block size of 1MB, and can only accommodate a few hundred transactions on average. There have been a few modifications since then, with block sizes increasing in new versions.

One of these new blockchains is Bitcoin Satoshi Vision. In this article, we’ll cover the main attractions of this blockchain. However, before we get into those details, let’s quickly understand bitcoin blocks and block sizes.

What is a Bitcoin block?

Each new transaction in a block contributes to its storage limit determined by the block size. When a block gets filled up, it is chained to a new block through timestamps. That’s where blockchains get their name.

Blocks make databases distributable across several computers. They also put a limit on transaction time based on the creation of a new block. This is important to give time to other computers to download other blocks (old and new) to perform mining tasks to verify transactions.

Why does Block size matter?

The bigger the block size, the more transactions can be processed at any given time in the blockchain. That means less network congestion due to a high transaction volume, and faster transaction speeds.

Newer versions of Bitcoin were created exactly for this reason. Waiting for several hours or even days for a transaction to complete gives a bad user experience, and ultimately hurts the adoption of digital currencies. For miners, faster transactions required a higher fee, and a slower network was becoming costlier for everyone in the long term. That was the problem with the original Bitcoin network.

Therefore, it was obvious that something had to change to make the blockchain more efficient in terms of transaction time and scalability.

Forking for a change

Some of these upgrades were backward compatible, allowing Bitcoins to be used interchangeably with computers using both new and old versions of the software.

With more people wanting to invest in Bitcoins, smart contracts, and NFTs, demand for digital assets has only grown. The surging demand has inspired some developers to make a new scalable solution, like the BSV blockchain, for the digital currency and NFT marketplace.

What is the BSV Blockchain?

Bitcoin Satoshi Vision (also called Bitcoin SV or BSV) is a recent upgrade with some notable differences from the original 2009 Bitcoin blockchain.

In technical terms, Bitcoin SV is a hard fork of the Bitcoin Cash blockchain protocol. It was developed in 2018, one year after Bitcoin Cash was created. It comes with its unique digital currency – intuitively called BSV. Bitcoin SV currently has over 1,000 developers actively working on it to ensure its stable and secured real-time performance.

One of the biggest differences between Bitcoin SV and the earlier versions is the block size, which is indeed much larger than the standard BTC block size.

BSV currently has a block size of a whopping 4GB. That’s a massive increase compared to the OG Bitcoin block size, which brings additional benefits. When it comes to blocks, size really matters.

Why does BSV block size matter?

Here is how BSV is making headlines by focusing on bigger chunks in the blockchain.

The large block sizes mean that miners can quickly add new transactions to an existing block. That makes the blockchain very fast, even in times of high workloads. BSV takes away all the hassle associated with standard Bitcoin protocols.

BSV was made to work with heavy traffic in mind. It can handle several thousand users in one second. The developers behind BSV intend to compete with payment systems like Visa and MasterCard. With its large block size, BSV can reach this potential easily, if not go further.

Because BSV is efficient in processing transactions, it has a low cost for miners and users. From a customer’s perspective, BSV is an attractive digital currency if you don’t want to pay high costs for a quick crypto transfer.

Blockchain tech is not limited to crypto transactions anymore. Developers have found ways to cram other forms of digital assets like contracts, personal records, and images into the blockchain. That means there’s room for customized app databases to be stored in a single blockchain.

Imagine a hospital application that stores electronic medical records; or an NFT marketplace that stores the digital artwork, all inside blocks in a decentralized database. Bitcoin SV has blocks large enough to fit them in.

Over the years, Bitcoin has had many competing development groups, resulting in the creation of various protocols that diverged from Satoshi’s original ideas. Bitcoin SV, on the other hand, has distilled Bitcoin back to its purest form and set its protocol in immutable code, retaining the key economic systems and functionality described in the Bitcoin white-paper while combining it with cutting-edge technology, allowing thousands of enterprises and developers to safely build upon it. As Bitcoin matures the BSV project is well-worth keeping an eye on.

How Many Blockchains Are There?