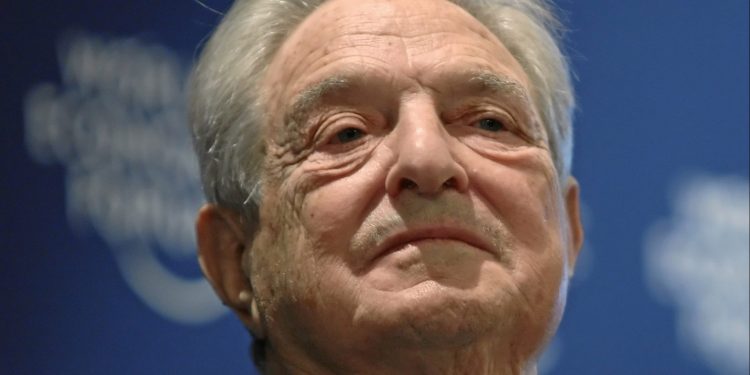 New information has been revealed by anonymous sources reveals that Dawn Fitzpatrick, the CIO of George Soros’s investment fund gave a thumbs up for the fund to trade Bitcoin products.

George Soros has been no friend to Bitcoin or cryptocurrencies in the past. Three years ago at the World Economic Forum in Davos he said that cryptocurrency is a bubble of misinformed people. He stated:

Although the price of Bitcoin fluctuates like Soros says, this is true of any currency. But many Bitcoin proponents believe that the price of Bitcoin will go above $1 million. Bitcoins characteristics as a store of value is the reason why it is looked upon by many as digital gold. Soros has not made any public statements since this time that indicate wether his opinion has changed or not.

What are Soros’s intentions for Bitcoin?

In March, Dawn Fitzpatrick told Bloomberg she finds Bitcoin to be an interesting asset. She said:

“It’s a really important moment in time and that while Bitcoin could have stayed a fringe asset, the money supply surging had given it a clear purpose. So, there’s a real fear of debasing fiat currencies. And when you think about Bitcoin, I don’t think it’s a currency. I think it’s a commodity and it’s a commodity that’s easily storable. It’s easily transferable. The IRS classifies it as a physical asset, it has a finite amount of supply, and that supply is halved every four years. So I think it’s interesting.”

Although some might be ecstatic to see all of these hedge funds and financial institutions promote Bitcoin, it’s important to recognize their intentions. For example, in the early 90s Soros became notorious for nearly shorting the British pound out of existence. Maybe that sounds like an exaggeration, but subsequently Great Britain drew out of the European Exchange Rate Mechanism. So, he must have done some damage.

The point above being made is that who is to say that Soros won’t attempt the same shorting stunt with Bitcoin? After all there are far less regulations in the crypto market than there were in the foreign exchange market at the time of Soros’s big short.

People should keep a cautious eye on Soros and other big players who have enough money to heavily manipulate markets.

If you enjoyed this article, you might also want to read: Elizabeth Warren gives SEC an ultimatum to regulate crypto.