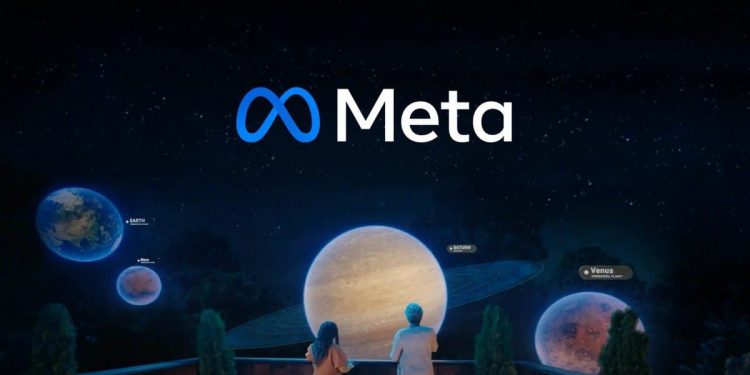 by Tom Nyarunda
in Metaverse, NFTs
Reading Time: 3 mins read
0
Share on FacebookShare on TwitterShare on LinkedinShare via WhatsappShare via Email

Facebook CEO Zuckerberg said the social media giant was moving toward becoming metaverse first instead of Facebook first. The plans for metaverse include features like augmented reality and NFTs.

Mark Zuckerberg has announced his company is changing the name from Facebook to Meta as the social media giant focuses on the growing metaverse as the future of business. Facebook, WhatsApp, and Messenger’s social media platforms will retain their signature brand names under the Meta umbrella.

News about the anticipated move leaked last week even but the name remained under wraps until now. During a streaming keynote address for the annual Facebook Connect event, the Facebook founder made the revelation where metaverse was the central theme. Following his keynote address, Zuckerberg said during an interview:

“I think we’re basically moving from being Facebook first as a company to being metaverse first.”

The metaverse is a term that’s used to describe the future evolution of the internet. According to the dream, the plan is to revolutionize the flat apps and websites we use today and replace them with a 3D environment. This will include shared spaces that will make interactions more immersive.

The metaverse will be a conglomeration of a conceptual collection of open worlds and settings that will connect via interoperable assets and experiences. The bigger picture includes creating the Horizon more “social, allowing friends to gather,” in addition to creating a virtual marketplace for virtual goods such as NFTs where users can buy, sell and exchange.

On the virtual reality front, Facebook will offer hand and body tracking. The concept could help turn NFT assets into 3D avatars, which owners can bring into all kinds of web spaces, whether it’s for work, play, social interactions, or exercise. Zuckerberg explained:

“Right now, our brand is so tightly linked to one product that it can’t possibly represent everything that we’re doing today, let alone in the future […] a real business story until later in this decade […] I view this work as critical to our mission because delivering a sense of presence… that’s the holy grail of online experiences.”

Should everything go according to plan, a person attending a real-life event could invite a friend to join online via augmented glasses. Once the event is over, the friends can convene online for a “metaverse after-party” and walk through a venue using other avatars and merchandise they could have bought as NFTs.