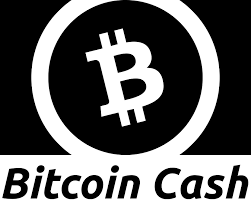 Bitcoin Cash (BCH) is a cryptocurrency that aims to provide an alternative to Bitcoin, the world’s oldest and most widely traded cryptocurrency (BTC). But what is the difference between Bitcoin vs. Bitcoin Cash?

Bitcoin Cash: A Fork In The Road

Bitcoin Cash was founded in 2017 by a group of Bitcoin users who disagreed with the roadmap proposed by the project’s principal developer group, Bitcoin Core, and believed that different technical decisions were required to bring Bitcoin to a global audience.

Bitcoin Cash supporters believed that Bitcoin needed to be modified in order to compete with traditional payment systems such as Visa and PayPal. They also advocated for lower transaction fees, preferring to shift these costs to other parts of the network.

Bitcoin Cash modified Bitcoin’s code and released a new software version with features that were no longer compatible with Bitcoin to achieve this goal. At the time of launch, this effectively divided Bitcoin into two blockchains (Bitcoin and Bitcoin Cash) and two distinct assets (BTC and BCH).

This meant that any BTC owner could claim an equal balance of BCH when the two blockchains separated.

Since then, Bitcoin Cash has been quick to add new features, such as increasing the amount of data that each block can store to 32 MB. (Bitcoin has since switched to a completely different system for calculating transaction data.)

Since then, Bitcoin Cash has borrowed features from other cryptocurrencies, such as the ability to launch new types of tokens on its blockchain.

Bitcoin vs Bitcoin Cash: The differences

The most notable distinction between Bitcoin and Bitcoin Cash is their approach to overall design philosophy.

Consumer payments, according to Bitcoin Cash developers, are more important to increasing BCH’s value in the short term, so users may find it better suited for online spending.

The most notable feature of Bitcoin Cash is that the blocks in its blockchain can be larger, allowing it to process more transactions each time one is added.

The extra space allows users to avoid the fees that Bitcoin uses to determine priority during times of high demand.

Roadblocks on the blockchain

This also means that Bitcoin Cash users may struggle to download their own copy of the blockchain. As blocks become larger, storing and auditing this record may become more expensive.

Bitcoin Cash users may also need to upgrade their software more frequently and with greater caution. As the developers of Bitcoin Cash add and change features at a faster rate, there is a greater chance that some will be rejected by the network.

Already, Bitcoin Cash has split into two networks, Bitcoin Cash and Bitcoin SV, as a result of this more aggressive approach to upgrades.

Bitcoin Cash, like most cryptocurrencies, is still a work in progress.

As a result, depending on how the Bitcoin Cash market develops, we may be able to learn about cryptocurrency networks by observing the differences between Bitcoin and Bitcoin Cash.

Some of the most pressing issues confronting Bitcoin Cash moving forward:

Investors  are undoubtedly watching the charts to see how these questions are answered. What do you think? Where would you invest your money? Do you align with BCH’s vision?