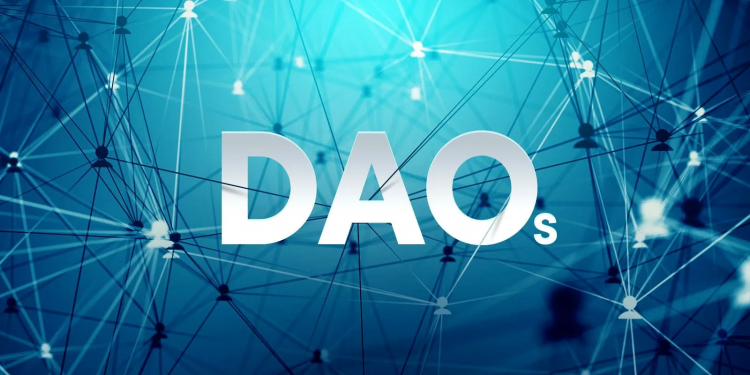 DAO: All You Need to Know About Decentralized Autonomous Organizations

by Vincent Munene
in Education
Reading Time: 6 mins read
0
Share on FacebookShare on TwitterShare on LinkedinShare via WhatsappShare via Email

Have you ever thought of the idea of sharing a bank account with someone else you have never met in person? Well, that may sound impossible with even people you only chat with online. This is because you may not belong to a DAO. So, what exactly is Decentralized Autonomous Organization (DAO)?

What is a DAO?

Many traditional organizations operate based on a specific system that makes sure they run efficiently. However, DAOs work differently. They are entities without any central leadership and possess the characteristic of being flat hierarchies. Therefore, they rely on the entire community to make crucial decisions. In simpler terms, a DAO is a group that has members with a specific mission(s) and usually has a set of rules by which it runs. The task could be the collection of rare NFTs or even the prediction of stock market moves. It exists to raise money for a particular purpose.

DAOs are owned and managed collectively by their members, and therefore, the treasures they possess are built-in and can only be accessed through the members’ approval. The major decisions are made through proposals that the group puts in a vote at a particular time.

How Does a DAO Work?

As mentioned, a DAO entails making decisions from the bottom-up, as a collective of members owns the organization. There are various ways in which one can belong to a DAO, which is mainly through the ownership of a token.

As all members follow a set of rules, the rules exist in code form in a smart contract. Smart contracts act as the main backbone of any DAO, ensuring that the pooled money in a group ends up financing the set mission. Even though DAOs first appeared on Ethereum, they can now exist in different blockchains such as Solana and Binance. For example, the Bundle DAO exists on the Binance Smart Chain.

Through the smart contracts, those who stake get voting rights, after which they influence the organization. Furthermore, they operate by deciding on or creating new governance proposals.

What are the Benefits of DAOs?

Through the innovative contract model, a barrier arises that prevents proposal spamming in the DAOs. Any proposal that comes will only pass when most members approve it. The majority in any DAO varies according to the stipulated rules in their smart contracts.

DAOs exist on open-source blockchains, which means that any person can see their code. This makes them autonomous and transparent. Additionally, anyone can audit their built-in treasuries, as the blockchain records all financial transactions. This, in turn, also reduces the risk of censorship and corruption. DAOs are easy to join and have better global access when compared to traditional companies.

The Process of Launching a DAO

For a DAO to launch, it must go through three significant steps.

Not all blockchain projects use a DAO, but their use has increased blockchain governance. Some DAOs operate as independent protocols. However, most of them have similar characteristics. They possess the part of self-enforcement through smart contracts. One smart contract can only carry out a simple transaction. The work of DAO frameworks defines a complex set of smart contracts to enable multi-party interactions without human involvement.

Additionally, the underlying network in a DAO must exist on distributed infrastructure even though they use decentralized governance. When there is not enough decentralization, governance can be exploited by individuals with significant computing power. Besides, DAOs have the characteristic that they are immutable. This feature helps protocols to communicate about organizational processes and data in an open way.

Here are some examples of DAOs to be familiar with. Their existence could inspire other DAOs to emerge in the future.

It is one of the biggest and most popular DAO, which works as a cryptocurrency exchange on the Ethereum blockchain. Any person can become a member by owning the UNI token and having the right to vote on the running of the organization.

It is mainly a virtual world that a DAO governs. Stakeholders take the central administrative and governance decisions. Anyone who owns the organization’s token, MANA, can participate in the process. This is progressively becoming popular with global brands that include Coca-Cola and Adidas.

PayPal founder Thiel mainly backs this decentralized fund. The creation allows anyone explicitly to buy a stake in web3 and de-fi startups and initiatives. Those who hold the tokens can vote on how the managed capital can be spread through the projects that the fund supports.

This DAO is set to create smart contracts that can carry out legal services. It is mainly centered on the Crypto Voxel metaverse platform. This is focused on building blockchain tools that can automate aspects of legal services, which includes arbitration.

These are just a number of DAOs that exist among many but may have the most impact in the future.

The continued emergence of blockchain technology and Decentralized Finance (DeFI) has led to the development of innovative governance models. Such has been a trend to support decentralization and good governance. This need has made many blockchain projects incorporate DAOs into their protocols. These governance frameworks establish decentralized voting rights. However, they vary in terms of their underlying infrastructures.