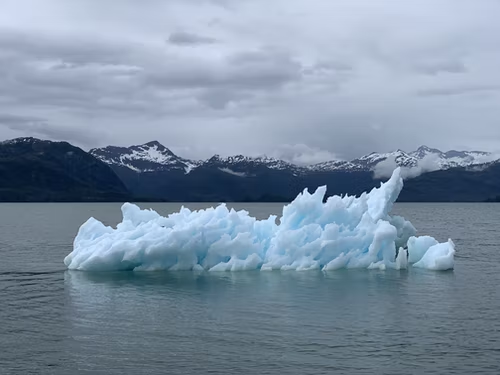 by Jay Speakman
in Education
Reading Time: 7 mins read
0
Share on FacebookShare on TwitterShare on LinkedinShare via WhatsappShare via Email

While the global energy market has made progress in promoting energy efficiency, the lack of regulatory frameworks and incentives has increased the amount of emissions that are released. Thankfully, a number of tools are available to make energy efficiency easier, such as Blockchain. This article will discuss some of these tools and the regulations that will govern these new technologies. Then, we’ll examine the role of blockchain in sustainable energy and climate change.

We’ll start by profiling 3 blockchains leading the push for sustainability.

With its new smart contract, Algorand is on the way to becoming a carbon negative blockchain. As the first pure proof-of-stake blockchain, Algorand focuses on sustainability and minimizing its environmental impact. This new smart contract will allocate a portion of the transaction fee to offset carbon emissions. In addition, the company has partnered with ClimateTrade, a leader in CO2 emissions transparency. This collaboration is expected to further enhance Algorand’s sustainability efforts.

The Algorand blockchain is a carbon neutral platform that promotes energy efficiency. It has a zero-emissions model that requires little electricity and computational power to operate. The proof-of-stake consensus mechanism ensures that Algorand’s blockchain is energy-efficient and uses minimal computing power.

Unlike Bitcoin, Algorand transactions result in 120 million times less CO2 emissions than Bitcoin. These advantages have led to a growing number of companies and organizations adopting the blockchain to support their environmental goals.

Unlike the traditional Bitcoin network, the Algorand blockchain is powered by renewable sources. The Oaxaca wind project alone covers the energy needs of 700,000 homes in Mexico. This project will prevent 670,000 tons of CO2 from entering the atmosphere. In addition, ForestCO2 and Sumatra Merang Peatland Projects are dedicated to restoring peatland ecosystems in Indonesia. The Algorand alliance’s mission is to create a carbon-neutral ecosystem that will positively impact the environment.

The Algorand blockchain utilizes a proof-of-stake (PoS) system. With this system, the influence of each user is proportional to their stake. Algorand’s blockchain is scalable and secure, free from forks and other governance issues. Its open-source code enables developers to build applications that address real-world problems.

A blockchain that is carbon neutral for sustainable energy and climate change is a great way to reduce greenhouse gas emissions. Blockchain technology is notorious for its fossil-fuel usage, but Algorand’s blockchain is a viable solution. It can help mitigate greenhouse gas emissions while at the same time increasing efficiency and speed. And with its ability to track transactions and verify identity, blockchain is a valuable tool in the fight against climate change.

Near Protocol is a carbon-neutral blockchain

The carbon neutrality of the NEAR protocol blockchain was certified by South Pole, a leading low-carbon project developer and climate solutions provider. South Pole measured the carbon footprint of NEAR’s network in 2021. The organization found that NEAR emits just 174 tons of CO2 per year, which is 200,000 times lower than the CO2 footprint of Bitcoin. To offset its carbon footprint, NEAR funds projects such as reforestation in Colombia, Zimbabwe, and the United States.

While renewable energy has addressed climate change concerns, costs have risen dramatically, making progress slower. To resolve climate change, we must reduce carbon emissions at a lower cost than fossil fuels. A carbon credit blockchain can help us make that happen. We will be able to trade these certificates as a form of currency. By facilitating this exchange, we can create a decentralized, trust-based energy market.

As carbon offsets are a crucial part of sustainable energy and climate change solutions, Near Protocol aims to facilitate the creation of the carbon credit market. Its carbon neutrality is achieved through the use of a network of carbon credits, which are then used to finance green projects.

In addition to enabling carbon offsets, the network helps companies track their carbon footprint. Avnet, Panduit, and the other companies working with Near Protocol have already embraced the carbon-neutrality movement.

While NEAR uses an open-source blockchain platform, the blockchain allows creators, communities, and markets to connect with each other and exchange goods and services. The network’s protocol uses a proof-of-stake consensus algorithm to avoid costly computing power. According to Timothy Glover, co-founder of Chronicle, NEAR has three flagship projects that are dedicated to addressing climate change and sustainable energy.

Aside from the carbon neutrality of the system, Near Protocol also aims to support carbon credit markets and sustainability initiatives. The foundation provides real-time energy impact data to its community. The average US household consumes about 10 649 kWh per year. Further, Near Protocol supports the destruction of refrigerants and incentives proper disposal of Chlorofluorocarbons.

Stellar is a decentralized, fast, and scalable network that connects financial institutions and other digital assets. It is also a platform for the creation of carbon-neutral tokens. This allows users to easily exchange currencies and benefit the environment at the same time. It has grown to more than 5 million accounts. It is a great solution for companies and individuals that want to use blockchain technology for business purposes.

A major advantage of using the blockchain for energy trading is its ability to make it easy to make transactions that are transparent and allow all parties to benefit. Traditional energy trading requires third-party retailers or intermediaries, which introduces high operational and regulatory costs, creating a highly centralized market with low transparency and monopolistic incentives.

Blockchain technology can address these problems and create a decentralized, transparent energy market that benefits everyone.

With the rise of renewable energy, a number of issues regarding climate change and energy use have become urgent. One such problem is the energy crisis. There are many solutions to this crisis, but improving energy efficiency is one of the most significant. A smart grid concept is one such example. It utilizes advanced control and communication technology as well as smart metering to improve energy efficiency. The Stellar network facilitates trades on the blockchain to help the environment while improving energy efficiency.

Regulations for blockchain for sustainable energy and climate change

First, let’s review the goals of these regulations. First and foremost, they should be designed to advance the need for sustainable blockchain transactions. A major concern is overkill market intervention, as it could reduce the benefits of blockchain and inhibit technological innovation.

Secondly, the benefits of blockchain technology for sustainable energy and climate change cannot be overstated. As a platform for storing and trading digital assets, blockchain technology is a powerful tool for addressing climate change and sustainable energy. It can be used to reduce the amount of energy consumption and reduce emissions, reducing both pollution and unsustainable costs. In addition, regulations can also help distinguish among different applications for blockchain.

Renewable energy projects need significant amounts of funding. According to the United Nations Environment Programme (UNDP), up to $650 billion per year is needed to achieve Sustainable Development Goal 7. Yet these projects can’t move forward without financing. In addition, they face difficulties in accessing capital and establishing banks.

Blockchain can help solve these issues by facilitating peer-to-peer transactions and improving due diligence. For example, distributed ledger technology may be able to help renewable energy developers collaborate on one platform, and eliminate the need for intermediaries.

The technology can also reduce the costs of energy by 20 to 30 percent and redirect funds to the core offerings. The development of blockchain for sustainable energy and climate change has to take into account the risks that climate change poses to financial stability.

Why Is Bitcoin So Valuable?

DAO: All You Need to Know About Decentralized Autonomous Organizations