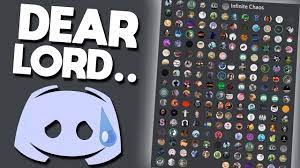 Discord is still popular, especially with gamers, but frequent hacks and rug-pulls are causing serious privacy and security concerns.

by Jay Speakman
in Trends
Reading Time: 7 mins read
0
Share on FacebookShare on TwitterShare on LinkedinShare via WhatsappShare via Email

Whether using a Web2 or a Web3 application, hassle-free, secure communication is critical. However, we’ve all become more aware of users’ data exploitation on centralized social media and messaging apps. Recently the tools were lacking to build a secure decentralized messaging app that could ease users’ concerns about privacy issues. New York-based startup Console aims to change that.

Console is a Web3 chat platform designed specifically for decentralized organizations, somewhat like Discord. However, Console is creating a space where people can build and interact with communities in a safe environment, free from phishing attacks.

Simply put, Console is secure Web3 chat, built to be decentralized and open-source with Console’s top priority being security.

Today chat exists primarily on Discord-mainly for gamers and many crypto communities. The problem with Discord is it’s very centralized. For example, It uses email and passwords for identity in a central database. And anytime a centralized database tries to use Web3 identity or the blockchain, it uses bots to interact with them.

Suffice it to say, that’s less than ideal.

Another flaw with a centralized Discord trying to incorporate decentralized Web3 principles is that personal data is at risk. This is where a majority of the hacking and security vulnerabilities happen.

Users get phished, bots get compromised, money and reputations vanish.

Despite these issues Discord remains popular with projects from NFTs to DAOs– but frequent hacks and rug pulls are tarnishing the service, destroying trust and costing projects billions of dollars.

Earlier this year, a thief used the credential compromise hack to steal funds from the Mutant Ape Kennel Club Discord. Once identity is hacked, it’s easy to drop a link and phish members. From the user’s perspective it appears that they are interacting with the group’s admin —until it’s too late.

Discord was not designed to secure and scale Web3 communities, which have increasing security needs, nor was it designed to support money-first features, which are standardized in Layer-1 blockchains such as Bitcoin.

Like Instagram, Twitter, and Reddit rolled into one, Discord is replete with users the world over interacting 24/7. Yet, with no real alternatives, people and organizations continue interacting on Discord for a variety of reasons-despite the inherent risks.

Trouble is, the platform was designed for gamers first-and basically by accident, and thus user experience and security is sorely lacking with phishing attacks running rampant.

Phishing harms Web3 communities, and Discord has become a clear runway for these attacks. It’s no mystery that by protecting users from credential compromise assaults, they would be protected from the number one hack plaguing Discord.

Every member can sign in directly using their web wallet on Console, and their identity will be queried on the blockchain from the Console app. Third-party bots are no longer required, which eliminates an entire class of bot-related vulnerabilities.

Data Point: If you’re a Discord admin and your web wallet is compromised, your entire community is at risk.

DAOs, NFT projects and crypto startups often use different platforms to meet the needs of their communities, including one for voting, another for documentation, another for forums, another for live chat, and so on.

That’s a lot to keep track of.

While many Web3 communities are moving towards being decentralized, those on Discord are stuck trying to scale in Discord’s centralized servers.

Web3 communities differ from traditional businesses in their behaviors, preferences, and structures. Web3 is decentralized, while the major players in Big Tech—Microsoft, Meta, Google, Netflix—are centralized authorities or enshrined communities that are ripe for disruption and innovation.

Web3 is the decentralized web based on blockchain technology, cryptocurrencies and NFTs built with the goal of making the Internet more private, secure, safe and accessible.

In effect, Web3 is a response to the current internet’s extractive relationships between users and platforms, one in which users always have a choice about what they want to share and what they want to keep private.

The transition to the decentralized world of Web3, where communities are formed by users and brands in dApps using blockchain technology, appears to be the natural progression of the Internet era.

While some people dislike the chaotic nature of Discord, many mainstream brands have ventured in, from Gucci and Samsung to fast-food chain Jack in the Box have all launched a Discord server in order to engage with customers.

Why? Because up until now there hasn’t been a viable alternative and brands want to connect with the demographic Discord already appeals to.

Because of Web3’s decentralized nature, social reputation can theoretically carry from one platform to the next, as opposed to the creator spending years building up an audience on Discord or Instagram, only to see it decline in popularity. This means that anyone can be a community owner, in a decentralized protocol in which communities have control.

Console is building a secure, private, and highly-functional Web3 chat app on the Bitcoin blockchain where decentralized communities can thrive.

With Console members can sign in directly using their web wallet, and their identity will be queried on the blockchain from the Console app. Third-party bots are no longer required, which eliminates an entire class of bot-related vulnerabilities. Sounds good?
Follow Console on Twitter @consoledao to learn more about how Console can protect your Web3 community.

The Credit Suisse Crisis and What It Means For Crypto Markets