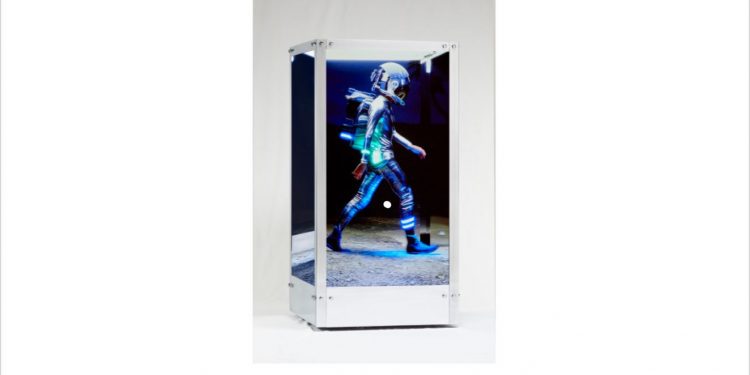 HUMAN ONE is a physical sculpture that comes with an NFT. The $25 million winning bid fetched over $10 million above the $15 million estimates at Christie’s auction.

Artist Mike Winkelmann, who goes by the name Beeple, has done it again. It may not be the $69 million he earned from “EVERYDAYS: THE FIRST 500 DAYS but $28.9 million for “the first portrait of a human born in the metaverse.” HUMAN ONE, a hybrid physical and digital work, is the second-largest sum paid for an NFT—or, at least, a piece of art accompanied by a “dynamic” NFT.

$25 million in just over 3 minutes

HUMAN ONE is a 7-foot-high sculpture that features dystopian imagery. The sculpture that can be accessed via the Ethereum blockchain drew bids from collectors on the phone with specialists in New York and Hong Kong. The buyer was an online bidder in Switzerland whose winning bid was made at Christie’s auction in New York on Tuesday evening. The piece of art ultimately sold for a hammer price of US$25 million in just over 3 minutes. The auction house netted $3.9 million on top of that for the buyer’s premium.

The kinetic video sculpture that was accompanied by an NFT is a hybrid of physical and digital technology. It shows a striding person clad in silver garb wearing what appears to be a space helmet. The figure walks determinedly through changing landscapes projected on four walls of its 4-foot-by-4-foot box.

Propel NFTs from the backstage of the crypto world

Artist Beeple’s EVERYDAY made a record last March by becoming the most expensive non-fungible token ever sold. The sale helped to propel NFTs from the backstage of the crypto world into the mainstream conversation. Since then, celebrities and artists have joined the craze and been smiling all the way to the bank. Some of the best examples include CryptoPunks, a collection of 10,000 pixelated characters regularly sold for millions online. The Bored Ape Yacht Club NFTs has also claimed large sums at Christie’s competitor Sotheby’s.

The popularity of NFTs has exploded in 2021, parallel with the ascent of cryptocurrency, which is used to purchase digital artworks. NFT artists use the blockchain to tokenize their NFTs, like how investors track cryptocurrency.

What is Enjin? – Create, Trade and Integrate NFTs

What Is The Solana Platform?