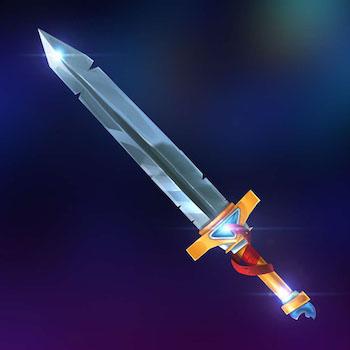 What is Enjin? – Create, Trade and Integrate NFTs

Enjin Coin is an ERC-20 token, which means it can be sent and received with the Ethereum wallet. However, the technology underlying Enjin does more than merely deal with a single currency. All the tools needed for the production, distribution, storage, and integration of NFT assets may be found in Enjin’s ecosystem.

Enjin: NFTs for everyone

It doesn’t matter if you’re an entrepreneur, software engineer, or a gamer; Enjin’s tools make it easy for you to build blockchain-based assets without coding, specifically NFTs.

Non-fungible (NFT) assets include everything from your music collection at home to the contents of your phone and your car, all of which have special customizations, details, and data that are unique to you.

Enjin software allows developers the creativity to build and manage virtual assets on the Ethereum network.

Enjin hopes that by leveraging blockchain technology to handle in-game applications across multiple domains, it would be able to eliminate the excessive costs and fraud that have plagued the transfer of virtual in-game products and collectibles.

Enjin has launched software development kits (SDKs) to help users generate digital assets on Ethereum and integrate them into games and apps.

Each coined asset is configurable to meet the intended platform and recorded in a smart contract, offering the products cryptocurrency advantages such as speed, cost, and security.

ENJ, the Enjin token, is used to manage digital assets on the platform, and each in-game item manufactured on Enjin is allocated a value in ENJ.

Enjin: In the beginning a community gaming platform

Enjin was founded in 2009 by Maxim Blagov and Witek Radomski as a community gaming platform.

Enjin: A store of virtual value

The primary use case for Enjin is to allow users to manage and store virtual goods for games.

These can range from in-game currency to tokens representing unique game things such as weapons, gear, special powers or character accessories.

Developers must accomplish the following five stages to create and delete in-game items:

The Enjin team created a number of SDKs to allow these features, including wallet and payment platform kits. (By providing common functions for developing virtual goods, these SDKs reduce the cost and complexity of creating these objects.)

Enjin has established application programming interfaces (APIs) to aid in the deployment of these things in game in conjunction with their SDKs.

Enjin has a unique smart wallet and magic swords, too

Enjin includes its own native wallet, which allows players to store and trade things and integrates all of the platform’s functions.

Users can use the wallet to:

If you believe magic swords, cloaks of invisibility and virtual castles are going to be valuable in the future, Enjin might be worth taking a hard look at-especially with Facebook’s transformation into Meta and a full embrace of the Metaverse. This view may be bolstered by the rise of projects like Decentraland and Solana.

Because this is a growing platform, Enjin Coin may have room to expand alongside the NFT market. While some of these items are absurdly costly, others are more realistic and can be considered gamer art or in-game gear that other players or artists may find valuable.

This article is provided for educational purposes only and is not an endorsement of or an encouragement to invest in Enjin. Do your own research and speak with your trusted financial advisor before making any cryptocurrency investment.