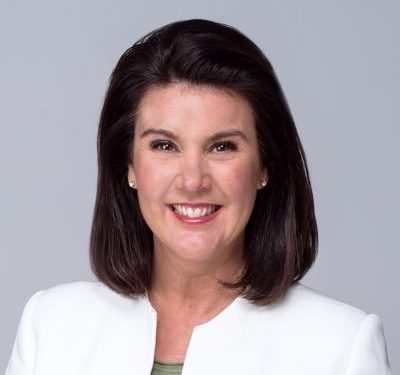 Senator Jane Hume acknowledged cryptocurrencies were not a fad and urged Australians to be careful lest they miss the enormous opportunities offered by decentralized finance (DeFi).

Australia’s minister for superannuation, financial services, and the digital economy Jane Hume has come out strongly to defend cryptocurrencies and DeFi. On Monday, November 22, the politician spoke during the Australian Financial Review Super & Wealth Summit in Sydney.

Hume’s speech referenced an assertion by an official from the Reserve Bank of Australia (RBA) calling crypto a fad. Emphasizing that it most certainly is not, Hume further urged policymakers to cautiously embrace blockchain technology like DeFi rather than act fearfully – because it is not going away anytime soon. She stated:

“We should tread cautiously, but not fearfully […] Australia mustn’t be left behind by fear of the unknown.”

Despite his foray into cryptocurrency investments since 2014, RBA’s Head of Policy Tony Richards inferred in a speech last week that investing in crypto was “fad-driven.” Richards also said the “current speculative demand could begin to reverse,” leaving digital assets with minimal use cases.

“This is an asset class that has captured hearts and minds, but beyond that — whatever you might personally think — it’s a technology that’s not going away any time soon […] so as an industry and as a government, we need to acknowledge this is not a fad.”

Customers to hold and use Bitcoin

Senator Hume’s speech that elicited many reactions on Twitter also talked about the Commonwealth Bank of Australia (CommBank or CBA) to get into crypto. CommBank announced early this month that it has partnered with cryptocurrency exchange Gemini “to allow its customers to hold and use Bitcoin and other cryptocurrencies via its 6.5 million‑user banking app.” The senator added:

“This will make CBA the first Australian bank — and one of just a handful of banks worldwide — to offer customers this sort of access.”

Speaking about Senator Hume’s speech, Steve Vallas, the CEO of Blockchain Australia, said the senator’s speech was “another critical step” in discussing the development of the local crypto industry. He said he believed the superannuation-focused forum for the senator’s speech is particularly significant. He said:

“Scaled mainstream adoption [of cryptocurrencies and blockchain] requires participation by the superannuation industry and fund and wealth managers, who disproportionately chart the path of the financial future of Australians.”

Why These 3 Metaverse Tokens Are on the Rise