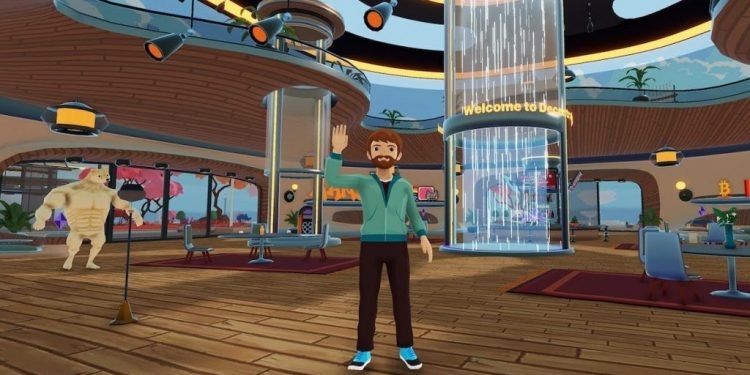 Why These 3 Metaverse Tokens Are on the Rise

In a week that saw Bitcoin fall nearly 10% and Ethereum dip close to $4,000, 3 metaverse coins were instrumental in leading the rally that most expected would be fronted by BTC and ETH

Bitcoin and Ethereum have lost ground: Not these Metaverse Tokens

Various metaverse-related cryptocurrencies have exploded in popularity recently. This is a topic that is receiving a lot of attention right now. As it turns out, investors appear to be very interested in the disruptive potential that various blockchain networks provide in this respect.

A wave of green on the charts represents at least some of the recent price activity across various cryptocurrencies. In fact, it appears that investors are taking a riskier approach to growth, with many hyper-growth sectors trading higher.

Metaverse-related equities or cryptocurrencies are exhibiting spectacular price action, indicating that investors have discovered what appears to be a long-term momentum trade.

Over the last month, the stock charts of Decentraland, The Sandbox, and Alien Worlds all show similar rocket shot action. The main cause of this rising momentum appears to be a late-October / early November increase spurred by strong initiatives from different prominent tech corporations to target the Metaverse.

This was kickstarted with the Facebook announcement and subsequent awkward rebrand into ‘Meta’. While the timing was a bit suspect, there’s no doubt that Facebook still has huge influence in the tech world, and now, apparently the crypto sector as well. Facebook stock rose sharply following the October 28th rebrand announcement.

At the time of this article, Decentraland, The Sandbox, and Alien Worlds are up 419 percent, 454 percent, and 35 percent, respectively, over the previous month.

And that’s not all.

Enjin, another metaverse-adjacent project, was up nearly 15%, trading with a near ATH of $3.71.

Enjin Coin (ENJ) is an ERC-20 token that trades on the Ethereum blockchain, and its underlying technology drives an ecosystem that supports NFTs, gaming, and other distributed apps.

Enjin provides numerous blockchain products, including a marketplace, wallet, and developer platform based on Enjin Coin.

What does it mean?

These three metaverse-related cryptocurrencies each power a variety of online games. Each is based on, or is at least connected to, the Ethereum blockchain in some form, and allows players to monetise their experience by collecting in-game coins or non-fungible tokens. As a result, these games have risen in popularity, particularly in low-income nations where users have been reported to be able to earn a living by playing them. (Perhaps the UN and World bank should be disbanded and more gaming access should be provided instead?)

As a result, these tokens are supported by more than just a metaverse catalyst. Rather, it appears that investors appreciate the utility  being produced for users, as well as the stickiness that these crypto games provide for networks.

For those looking for growth, the metaverse offers a diverse choice of investment opportunities. The crypto sector is currently one of the primary venues where investors are looking for earth-shattering rewards.

There is undoubtedly a compelling case to be made for these tokens. After all, genuine benefit is being provided for users. End users don’t care whether or not an online game is built on the blockchain. If the experience is equally as pleasant, and there’s some money to be made from playing the game, it’s easy to understand why the growth trajectory for these various tokens might be enormous.

According to the current market conditions, MANA is about double the size of SAND ($3.8B), with both around the $4 price range, making this a favorable time to choose a side. Following a recent 35 percent increase in the stock price, SAND is currently trading at $4.31.

MANA, on the other hand, is currently trading at $4.10, down slightly from where it was trading earlier in the day.

But many now are looking at the Sandbox with renewed interest.

Iconic Japanese tech investor SoftBank, is making its own push into the metaverse market, and it has chosen Sandbox (SAND) as its long-term holding. SoftBank obtained $93 million in Series B funding for Sandbox in order to accelerate its development. With this new infusion of funding, Sandbox developers can push for more sophisticated options for users, such as live music and new games.

Naturally, each of these metaverse-inspired tokens, like other cryptocurrencies, carries a significant amount of risk. However, it appears that for the time being, investors have judged that the danger outweighs the gain. As a result, MANA, SAND, and TLM are three tokens to keep an eye on in the coming weeks, and beyond.

The Teleported NFT Club presents Art by Teleporting people from an Image into the Metaverse!

Teleported NFT Club is introducing a new NFT project of 50 Street photographs that have been edited to remove its...

What Is The Sandbox? – The Metaverse

The Sandbox is a virtual environment that is decentralized and driven by the community, where creators can develop, distribute, and...