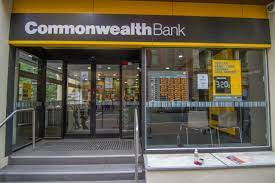 The banking App will support at least ten cryptocurrencies, including Bitcoin, Ethereum, Bitcoin Cash, and Litecoin. The Industry has called the initiative a “red-letter day” for mainstreaming of digital assets.

The Commonwealth Bank has announced that its customers will soon have access to cryptocurrencies via its CommBank App. The pilot program ahead of a major rollout in 2022 makes the CBA the first Australian bank to extend crypto exchange and custody services into a broader suite of traditional banking services, in a bid to compete with challengers like PayPal, who have made similar moves.

According to the announcement, the CBA will offer crypto services in partnership with the Gemini Cryptocurrency Exchange and Blockchain analysis firm Chainalysis. The bank said the pilot program would include a limited number of customers. CBA Chief Executive Officer Matt Comyn said the initiative was necessitated by the surging appetite for cryptocurrency investments among their customers who have been calling for integration. He added:

“We believe we can play an important role in crypto to address what’s a growing customer need and provide the capability, security and confidence in a crypto trading platform […] in looking at ways that we can support our customers, we have made the strategic decision to form an exclusive partnership in Australia with Gemini, a global leader with strong security and a track record of serving large institutions.”

Commenting on the development, Blockchain Australia said it was inevitable that the other ‘big four banks, including National Australia Bank (NAB), Australia and New Zealand Banking Group (ANZ), and Westpac, will soon follow suit. Blockchain Australia CEO Steve Vallas said the move was “extraordinarily important” as the big four banks in Australia “underpin our national and international reputation as a financial services destination.” He added:

“The confidence that this provides local digital asset sector participants will be dwarfed by the impact that this signal sends around the world that Australia should be a destination for cryptocurrency and digital asset adoption.”

Vallas opined the rapid growth and adoption of crypto had “shifted the risk of maintaining a wait and see approach” in the view of the big banks to a risk of “inaction” and being left behind. Vallas believes it is only a matter of time before the other major Australian banks launch their crypto services. The announcement caused early celebrations in the crypto community, with BTC Markets CEO Caroline Bowler calling the move “yet another red-letter day” for crypto in Australia. She said:

“CBA’s move is exciting and inevitable. It’s yet another ‘red-letter day’ for crypto. It is as though Australia has suddenly put the lead foot down […] we have been touted as playing catch up all this while. Still, now we’re moving into a leadership position globally with our largest bank. One of the most significant mainstream financial institutions in the world offering millions of customers access to cryptocurrencies.”

How To Buy Ethereum? – A Simple Guide