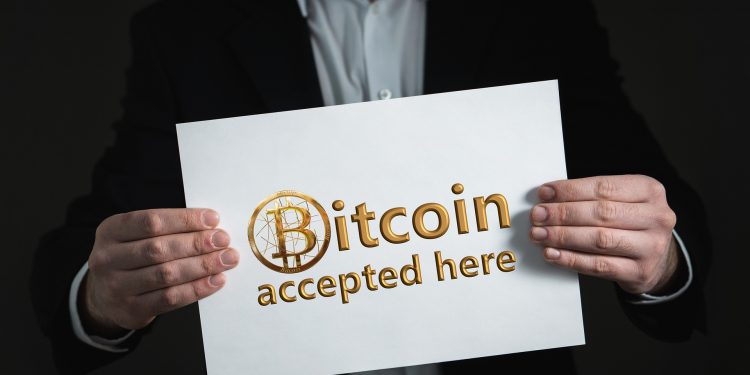 Signs for Mass Adoption of Crypto – What Does The Future Hold?

While the crypto market has been shakier than it has in months, many have been questioning the future for cryptocurrency and blockchain. But if you take a step back and look at everything that is happening – the future prospects for the industry look bright. There are signs for mass adoption of crypto.

Crypto has certainly gained much momentum in the last year. It has more attention in some countries than others. However, one thing is for certain – much of the public is now aware of it. In the United States, for example, Bitcoin has become a household name. It would be rare to come across someone who hasn’t at least heard of it. This is the first sign to mass adoption.

This picture was first posted on reddit four days ago. According to the post, this photo was shot at a Papa Murphy’s pizza place in Fresno, California. The fact that a small business is accepting payment is astounding.

However, there’s an issue right now with using crypto to pay for small purchases like a pizza. For example, if you pay with certain cryptocurrencies, the transaction and gas fees you’ll pay will probably cost as much as the meal itself. Many developers in the crypto space are working hard to solve this issue. It is said that Ethereum 2.0 will solve the gas fee crisis.

In addition, gas fees on networks such as Polkadot and Cardano are said to be much more efficient than Ethereum.

As some of us remember, Elon Musk gave the crypto markets and Bitcoin a huge pump back with his tweets in the first quarter of 2021. Not long after, Tesla bought $1.5 trillion worth of Bitcoin. Musk was critcized on Twitter for buying Bitcoin low, pumping it – and then selling the top.

However, Musk clarified that he did not sell any of his personal Bitcoin. He also revealed Tesla only sold 10% of what it originally purchased to “prove liquidity of Bitcoin as an alternative to holding cash on the balance sheet.” Point is, if we’re to take Musk’s words and actions at face value, powerful players with big money have not lost belief in the long term stability of Bitcoin and crypto.

Banks are afraid of mass adoption

If there is any sign that mass crypto adoption is coming that’s most telling, it’s how terrified the banks are of it. We discussed yesterday, how the CEO of JP Morgan mentioned “shadow banking” is one of the greatest threats to banks.

Being in crypto has potential for profits that are unheard of in any other sector. In fact, one could argue that the ability to create wealth in cryptocurrency is a moment unparalleled in history. No other moment has there been where anyone could build financial freedom even with small investments. The banks realize this, and they want to shut the party down before it gets too big.

The longer this party continues, the harder it will become for banks to stop it. More and more people are awakening to the potential for blockchain and decentralized finance. The banks are afraid that the idea of being your own bank will become too popular. However, it’s an idea that might be too late for them to extinguish.

Logan Paul Tweets About 0.Exchange DEX – Here Is What This Means

What is an IDO? – All You Need To Know

Arweave and the Future of Digital Art

While the internet has been plagued by broken links for years, with the advent of blockchain technology, this problem has...