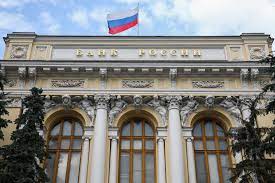 The Central Bank of Russia and Ukraine want Russians banned from accessing cryptocurrencies even as BTC/RUB volumes hit a record high. Major Cryptocurrency exchanges have continued to resist pressure to block Russian users.

The Central Bank of Russia (CBR) has continued to maintain its position that Russians shouldn’t have anything to do with cryptocurrencies, even amid global fears the country would use them to bypass the escalating economic sanctions.

CBR’s stance against cryptocurrencies is making Russia’s apex bank an unlikely ally of Ukraine, which has called for sabotage or ordinary Russians’ access to crypto assets due to the ongoing war between the two countries. Most of Ukraine’s European allies have also voiced mounting concerns that Russia may use crypto to bypass Western sanctions.

An open door for ordinary Russians to access some foreign exchange

The Russian Rouble has been undergoing a free fall for several reasons since Vladimir Putin’s administration invaded Ukraine close to two weeks ago. Apart from some self-imposed sanctions on the citizenry by their government, NATO allies and the different financial institutions have placed economic sanctions on Russia. The European Union recently announced that they had kicked several Russian Banks out of SWIFT as part of sanctions in retaliation for the invasion.

The direct effect of the sanctions is the risk that Russians would see their assets and savings tanking in value. The cryptocurrency market is seen as an open door for ordinary Russians to access some foreign exchange in the form of Bitcoin or some select stablecoins pegged on the U.S. dollar. However, it is ironic that among the greatest proponents of preventing ordinary Russians and financial institutions from accessing cryptocurrencies is the Central Bank of Russia.

Concerns that Russia could resort to the use of cryptocurrencies

According to a report by the local media outlet tass.ru, the CBR continues to maintain its position to propose a ban on the mining, issuance, and circulation of cryptocurrencies in Russia. The media outlet quoted a CBR official who stated:

“The Central Bank currently supports the previously announced position and published on the official website. Therefore, there is nothing to add today.”

The ongoing conflict in Eastern Europe has seen NATO and its allies turn to sanctions to make the Russian president rethink his Ukrainian invasion. However, the countries have had concerns that Russia could resort to the use of cryptocurrencies since the financial sanctions did not cover cryptocurrencies. However, cryptocurrency exchanges like Coinbase, Binance, and Kraken have said they cannot comply with the request to block Russian users.

Cartesi’s Rebranding Is Opening The Door To Blockchain, Mainstream And Decentralization

The United States has sanctioned virtual currency mixer, Tornado Cash. This is after claims of it has been used by...