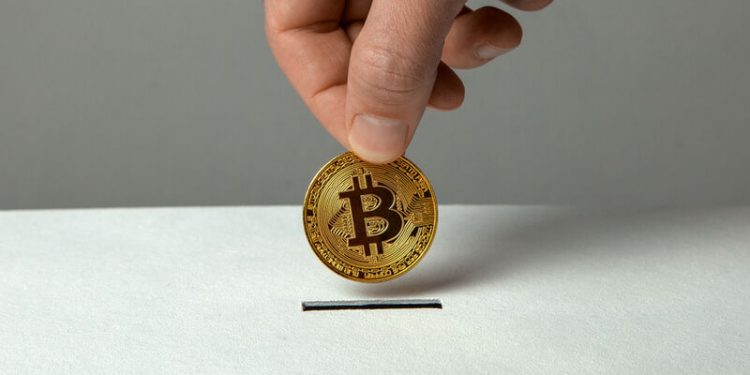 The role of crypto in global political conflict seems to be growing. Ukrainian leaders hope it won’t be used to benefit the enemy, and say it is time to “sabotage ordinary users.”

Earlier, the deputy premier had asked for information about digital wallets associated with Russian and Belorussian politicians. He intimated further that the Ukrainian crypto community would offer a “generous reward” to anyone who provided tips. Even though it wasn’t yet clear how the leading exchanges would respond to the unusual appeal, several cryptocurrency exchange CEOs had shared their support for Ukraine following last week’s invasion of Ukraine by Russian forces.

A fund to provide emergency relief through crypto crowdfunding

Binance leads the pack with the firm’s verified Twitter handle announcing the exchange was donating $10 million “to help the humanitarian crisis in Ukraine.” The firm’s affiliate, the Binance Charity Foundation, also launched a fund to provide emergency relief through crypto crowdfunding. On the other hand, Jesse Powell, CEO of one of the world’s largest exchanges, Kraken, opined that while freezing individual user accounts could not happen “without a legal requirement to do so,” he admonished Russian users to be aware that such an order “could be imminent.”

Fedorov tweeted, later on, to praise a move by NFT platform DMarket to freeze accounts belonging to customers in Russia and Belarus. DMarket had confirmed this on Twitter a few hours earlier, stating that assets remain in users’ accounts but limited access.

Well-wishers have contributed millions of dollars in Bitcoin, Ether, and USDT

The Ukrainian government appeal comes hot on the heels of a joint move by the United States and European Union jointly moved to cut certain Russian banks out of SWIFT, the international payments messaging system, in addition to freezing the overseas assets of Russia’s central bank. In the meantime, well-wishers have contributed millions of dollars in Bitcoin, Ether, and USDT towards assisting the Ukrainian army since the government posted an appeal for support on Saturday, February 26, 2022.

The global community has extended a hand of support towards Ukraine; Ethereum’s creator Vitalik Buterin said via Twitter the invasion was a “crime” against Ukrainian and Russian people, adding “Glory to Ukraine.” Over $15 million has already been contributed, and donations are continuing to pour in, with the media reports saying:

“Decentralized autonomous organizations (DAOs) have formed to support Ukrainians. NFTs have been sold to raise money for the Ukrainian people and military […] Ukraine is known for its tech talent, with more than 200,000 tech workers, and its IT export business did $6.8 billion in volume last year.”

Ukraine is ranked 4th Global Crypto Adoption Index, behind Vietnam, India, and Pakistan, and about $8 billion of cryptocurrency passes through the country annually, according to Chainalysis.