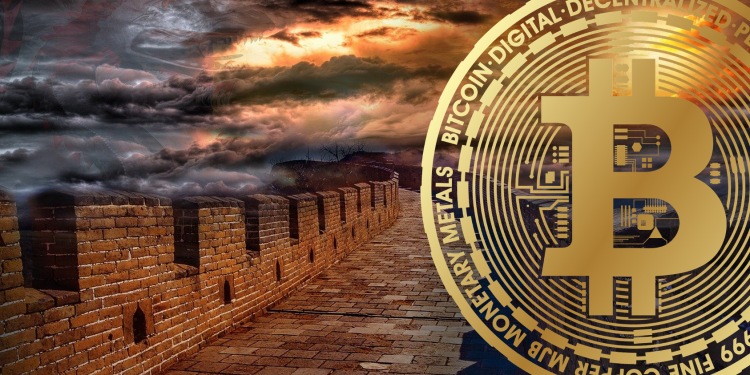 by Aaron Moses
in Bitcoin News, Politics
Reading Time: 3 mins read
0
Share on FacebookShare on TwitterShare on LinkedinShare via WhatsappShare via Email

Central banks in China are ordering Chinese domestic banks not to participate in any way with cryptocurrency. In a statement released today, the People’s Bank of China has requested that all banks ban transactions with cryptocurrencies. Will China soon ban Bitcoin for good?

“Our bank is determined not to carry out or participate in any business activities related to virtual currency, prohibits the access of customers involving virtual currency transactions, and will increase the investigation and monitoring of customers and capital transactions. Once relevant actions are discovered, measures such as suspension of account transactions and termination of customer relationships will be taken immediately, and relevant authorities will be reported in a timely manner.”

This is a highly aggressive stance that the People’s Bank of China is taking towards Bitcoin. China is one of the biggest hubs for cryptocurrency. Their continued crackdown within the past couple of months has affected the market in a detrimental way. The Bitcoin price is in a vulnerable sideways trading pattern and this news created a lot of selling pressure.

The People’s Bank of China blames cryptocurrency for being a method of payment to fund criminal activities as well as damaging regular financial order.

What are the long term market effects and will China soon ban Bitcoin permanently?

At a certain point one will wonder how long the China FUD can continue to impact the market. Eventually, one would think that it would become less potent as time goes by. However, if the People’s Bank of China does not lift this ban, it can make it difficult for people to sell their crypto assets. Chinese investors would have to become creative on how to liquidate their Bitcoin and other crypto assets.

As written above, the People’s Bank of China believes that crypto is a threat to the normal established financial order. However, the people’s bank of China couldn’t be more transparent about their bias. They frame the regular financial order as a pillar of sorts which protects against illicit financial activity. And then they frame crypto as a hub for criminals to get away with their business malpractices. However, it appears that the pressure comes from the Chinese government directly. A government that perhaps fears to lose control in a world of decentralized finance.

If you enjoyed this article, you might also want to check out Crypto In Russia To Be Addressed Soon By Russian Central Bank