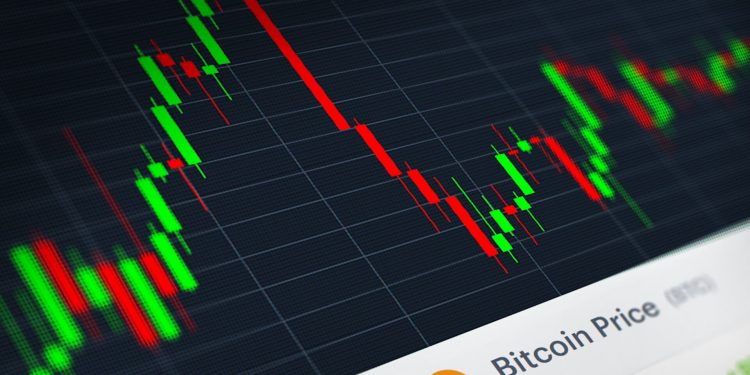 by Aaron Moses
in Bitcoin News, Investing
Reading Time: 3 mins read
0
Share on FacebookShare on TwitterShare on LinkedinShare via WhatsappShare via Email

The last few days were very important for the Bitcoin price. It had the chance to break resistance or face a technical pattern called the death cross. Unfortunately for the Bitcoin, the price broke through the support and caused this death cross pattern. Here is what this means.

For those investors who are wondering when Bitcoin will crack resistance YouTuber and Crypto expert Lark Davis has to say:

Just yesterday Bitcoin failed to break resistance levels and instead broke support under what’s known as a death cross. A death cross is a trading pattern which indicates a long bearish period if support is broken. However, not in all cases does support being broken under a death cross mean a full bearish period. But many say this will signal price movement of Bitcoin to the lower 20,000s. However, Lark said he believes that no one should expect the Bitcoin price to move for several months. He said:

“Then again, it could not take several months. We could see some very bullish news in the next few days that could send the market raging. You know how susceptible this market is to good news driven narratives like Facebook buying $1 billion worth of Bitcoin, for example. But if that doesn’t happen, I think we’re going to see Bitcoin ranging in the $30,000 – $4,000 for quite some time.”

What is a death cross?

Many have analyzed that the current death cross pattern and believe it is very similar to a similar death cross from 2018 which caused the end of the current bull run according to experts. This sent the price of Bitcoin on a downwards price pattern for the remainder of 2018. However, Lark does not agree the assessment that this death cross signals a repeat of the 2018 crash. He says:

“The current market structure doesn’t currently look anything like this at all. This is a rather different situation in terms of the structure of the market. We can see there are a lot more up and down movements and just a tapering off like a ball coming down and bouncing less and less… Until it eventually just stops moving.”

However, what Lark believes is going on right now is called a Wyckoff accumulation where big wallets are slowly building their position. Lark says this current market trend is very typical to the Wyckoff accumulation pattern. Lark predicts that Bitcoin will be ranging potentially into the high 20,000s into the next several weeks where he predicts there will be a big bounce. However, Lark says that if Bitcoin fails to hold levels in the high 20,000s and breaks lower support levels, the bears will be the winners. And there could be a repeat of the 2018 crash.

Lark says that the whales and institutions are playing the long game for Bitcoin right now. They can wait several years to see a return in their investment and they are happy to be patient to see those gains. Meanwhile, retails investors are panicking about a possible extended bear market. Regardless though of the short term market conditions, whales and institutions clearly believe in the future of Bitcoin according to Lark.

This article is not financial advice. Please do your own research before buying Bitcoin or any other cryptocurrency. If you enjyoed this article, you might also want to check out Michael Saylor Hosts Discussion On Bitcoin Mining Council