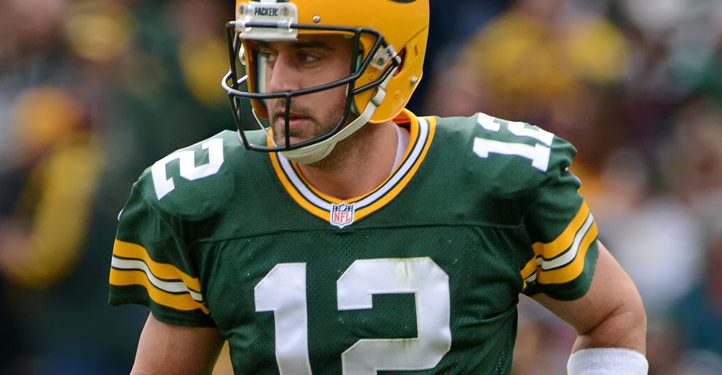 Aaron Rodgers $22 million salary would be worth at least 358 Bitcoin at the current price of $61,428.78. Aaron is the latest celebrity to give Bitcoin a ringing endorsement by accepting Bitcoin for salary payment.

Green Bay Packers quarterback Aaron Rodgers has announced via Twitter he will be taking a portion of his salary in Bitcoin. The legend said he had entered a partnership with Cash App that will also give out $1,000,000 in Bitcoin to fans in the comment section of his announcement. He stated:

“I believe in Bitcoin & the future is bright.”

Rodgers believes Bitcoin is the future

According to Spotrac, the player makes an average annual salary of $33,500,000. According to an NFL report in July, Rodgers would be earning a $1.1-million base salary on top of a $14.5-million signing bonus and a $6.8 million roster bonus from March, totaling roughly $22.3 million. Rodgers did not share any details on how much of his salary he’s chosen to accept in Bitcoin.

For Rodgers and his athlete colleagues, Bitcoin is the new vehicle for storing their wealth into the future, seeing that inflation is also eating into their purchasing power. Even though he earns many times more than the average citizen, he is also a victim of the Federal Reserve’s decision to print more money and inflation. Many celebrities are turning away from fiat currencies and finding a solution in Bitcoin.

NFL players are turning to Bitcoin

Aaron Rodgers joins a growing list of NFL players that are accepting Bitcoin as part of their payment. The leaders in the pack include North Carolina Panther Russell Okung and free agent Sean Culkin who jumped on board last year. The sports people’s decision to store their wealth in Bitcoin offers them safety, assurance, and true financial independence.

There is only 21 million Bitcoin that will ever be created, and no one can mine an extra one. Anyone paid in Bitcoin can sleep at night knowing that no government or person can devalue their purchasing power by expanding the monetary supply. Rodgers said on Twitter:

“Bitcoin to the moon. That’s why I’m pumped to share that I’ve recently teamed up with Cash App. They have enabled me to take part of my NFL salary in Bitcoin for the first time. Bitcoin can be a new concept & can be intimidating. To make it more accessible to my fans. I’m giving away $1 million worth of Bitcoin right now.”