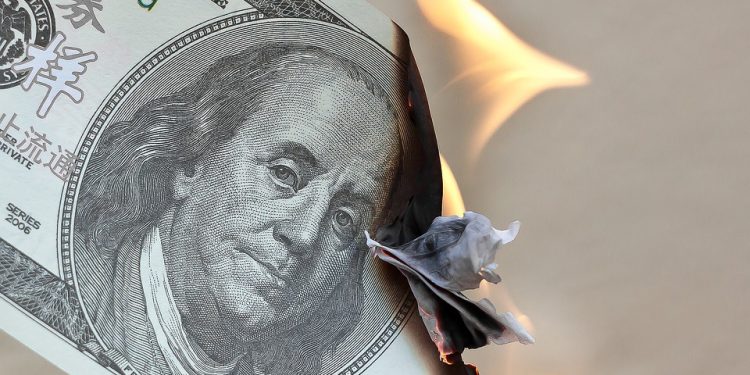 Peter Thiel isn’t too supportive of Bitcoin at the current price but regrets not buying BTC when it was cheaper. The Billionaire has rebuked the U.S. Federal Reserve for not acknowledging inflation concerns, while crypto market prices show that those worries are strong.

Venture capitalist and PayPal co-founder Peter Thiel believes the increasing cryptocurrency prices prove there are concerns about inflation. Thiel was giving a keynote address at a conservative conference where he offered his thoughts on rising inflation. The Tech mogul opined the rising cryptocurrency prices proved that inflation is real. He went on to criticize Federal Reserves for downplaying it and bringing it under control.

Thiel said that when inflation is running havoc on the economy despite several assurances from various government agencies, Bitcoin and other crypto-assets have touched a record high. According to a Bloomberg report, the tech mogul wasn’t necessarily considering buying BTC at the moment. He stated:

“You know, $60,000 Bitcoin, I’m not sure that one should aggressively buy […] but surely what it is telling us is that we are having a crisis moment.”

Thiel slammed the Federal Reserve for the way it’s dealing with the ongoing economic crisis. He explained that the central banking system had failed to acknowledge the significance of the situation and that its decision to print money would not have an inflation impact.

Thiel decried that the U.S.’s Federal Reserve has had to print trillions of dollars in the last few years. Additionally, the FED’s balance sheet has been growing enormously, with more assets purchased in 2020 than it did during the Great Recession. This has also engendered worry about inflation.

With an inflation rate lower than any fiat currency, Bitcoin has cut a niche for itself as a good hedge. Several companies are beginning to add BTC into their asset portfolios as a result. Chief among them is MicroStrategy, which is trailing the blaze for leading companies interested in cryptocurrency investment.

MicroStrategy CEO Michael Saylor compares Bitcoin to digital gold and believes it is a better option than the precious metal itself. Thiel’s company Palantir could be planning a foray into BTC, and it’s already allowing clients to pay in Bitcoin.