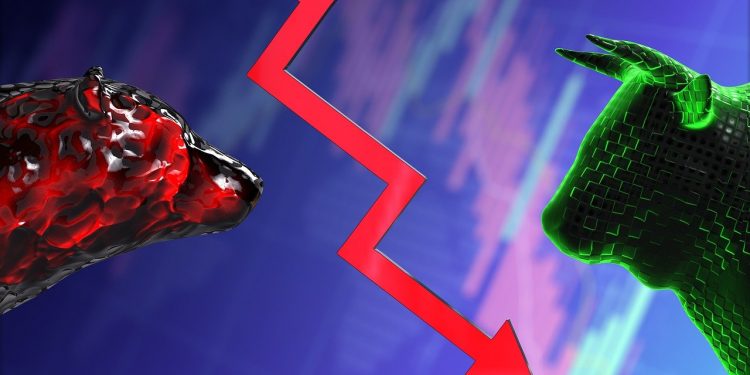 Freefall: Crypto All-Stars Down 25% This Past Week

by Jay Speakman
in Bitcoin News, Markets
Reading Time: 3 mins read
0
Share on FacebookShare on TwitterShare on LinkedinShare via WhatsappShare via Email

According to CoinGecko, some of the industry’s largest cryptocurrencies have dropped by up to 25% in the last seven days.

“In terms of Bitcoin, this is a fairly typical market pattern—a sort of correction after a significant bullish period,”  according to Quantum Economics Bitcoin analyst Jason Deane.

Bitcoin (BTC), the industry’s flagship cryptocurrency, has dropped 13.6 percent in the last week to $44,604. Despite historic news for the asset, which became legal tender in El Salvador, BTC dropped.

To say it another way, in news that should have been great for Bitcoin and altcoins in general, the market tanked instead.

The announcement came amid a slew of controversies surrounding Bitcoin, which El Salvador’s President Bukele embraced despite protests and warnings from the world’s largest financial institutions.

Despite the price drop, Deane believes that long-term holders and investors should not be concerned.

“While this is important for traders looking to profit from short-term volatility, it is largely irrelevant for holders and macro-level investors looking at the bigger, long-term picture and quietly accumulating the asset,” he said.

Cryptocurrency markets are in free fall

Over the last week, other cryptocurrencies have performed even worse than Bitcoin.

One such example is Ethereum (ETH), which is frequently cited as Bitcoin’s main competitor among all other cryptocurrencies. Ethereum has dropped nearly 18.3 percent in the last seven days to $3,227.

The price drop for Ethereum also contradicts some of the cryptocurrency’s most recent data. According to a report published by cryptocurrency exchange Kraken, Ethereum was being fueled by the network’s much-anticipated London hard fork upgrade, as well as the resurgent non-fungible token (NFT) market, the majority of which runs on the Ethereum network.

Cardano can’t seem to catch a break. Last week it got hammered in the “flash crash” after El Salvador adopted Bitcoin as legal tender. This week, after Cardano announced their long-awaited smart contract rollout, the market took another hit, burying any pump that might have happened with their smart contract news.

For overall crypto investing quiet and steady accumulation is the way to go. Now may be a great buying opportunity for those focused on longer time horizons, especially with major cryptos down significantly.

Amasa Announces Dual IDO on Trustpad and Chainboost on September 28