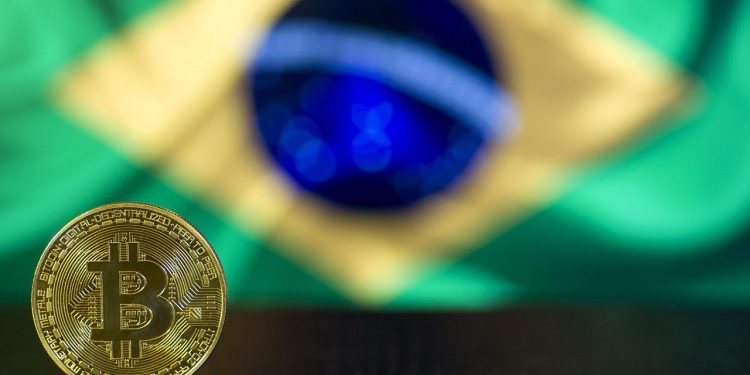 The Brazilian crypto exchange Mercado Bitcoin raised $200 million in a Series B round lead by SoftBank after showing tremendous growth in the last six months.

Because of a growing demand for cryptocurrencies in the region, Mercado Bitcoin plans to use the money to build the framework to meet this public request. This was revealed in a statement made by the company on Thursday. There are many good things to come for Mercado Bitcoin if they follow in the footsteps of 2TM Group. 2TM Group is another Latin American crypto exchange owned by the same founder as Mercado, and is currently worth $2.1 billion dollars.

The company has grown tremendously in the last six months with a client base that is now over 30% larger than it was in January.

The CEO of Softbank commented that Mercado Bitcoin is set to be leading the charge of the South American crypto insurgency and as the most valuable player in Brazil’s digital asset revolution. And the revolution won’t be stopping any time soon. Some experts have estimated that the Financial Technology economy in Brazil will be valued at $24 billion by 2030. Cryptocurrency is also helping to spread financial services through the Brazil population that traditional finance has yet to facilitate.

And it’s not just Brazil which has seen heavy growth in the crypto Industry. Mexico and Argentina have all seen widespread adoption of crypto due to economic demands lead by their populations. And after El Salvador made Bitcoin their national currency, there have been words spoken that indicate other South American countries to follow suit. This has yet to be determined, however.

Robert Dagnoni, the CEO of 2TM Group is very enthusiastic about the future of cryptocurrencies. He recently said in a interview:

“Cryptocurrencies were no exception to that trend. In Brazil, and generally speaking in Latin America, millions of people are realizing that digital assets and cryptocurrencies are both innovative emerging technologies and are efficient in storing value.”

He also commented that crypto is receiving attention because of the low interest rates in Brazil. He said:

“We’ve seen some of the lowest interest rates on record in Brazil, which fuled the development of the alternative assets industry. Crypto is benefiting from this trend, which can also be seen in other asset classes, such as VCs and Private Equity.”

Cryptocurrencies have seen incredible rates of adoption in Brazil. If Dagnoni is correct, then the growth of this industry in Latin America has only begun.

With the rapid growth of crypto in Latin America and many other parts of the world, the crypto community has been shown that there is a blockchain uprising taking place on an international level.

If you enjoyed this article, you might also like Spanish Socialist Worker’s Party Plans Spanish Digital Currency.