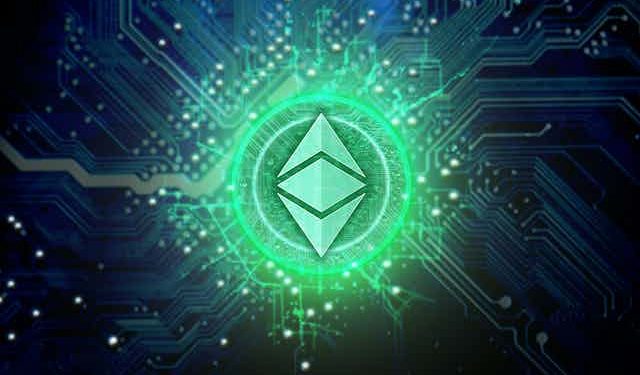 Rival blockchains, AKA “Ethereum killers” are gaining quickly on Ethereum, grabbing a growing share of the NFT market. Here’s a closer look at four of the leading contenders for the Ethereum crown.

Investors new to the cryptoverse are being welcomed with scary price drops and bearish vibes flooding the market, with Bitcoin at a six-month low and altcoins falling as well.

However, crypto industry insiders remain optimistic – at least in the long run – and see this period as a race to see which blockchain projects survive and become leaders in a decentralized future.

One of the most epic rivalries in a crypto market flush with rivals is that between Ethereum – the original smart contract blockchain – and the projects created to improve on Ethereum’s technology and take the crown.

Sometimes known as “Ethereum killers” these rivals will most likely all coexist as many see the future of blockchain as one of cross-chain interoperability instead of singular dominance.

The leading blockchain, Ethereum, had a market cap of approximately $310.5 billion at the time of post, and it is ranked second overall, just below Bitcoin. The Ethereum network is scheduled for upgrades in 2022, with some claiming that the new version, Ethereum 2.0, will offer faster processing times, lower fees, and greater scalability.

So, how do Ethereum’s rivals fare?

Ethereum is clearly the leader but these rival blockchains are onboarding new users at a faster rate due to Ethereum’s high gas fees and low transaction speed.

Let’s check them out.

Until then, so-called “Ethereum killers” are gaining traction and capturing a growing share of the non-fungible token (NFT) market, though Ethereum still accounts for roughly 80% of NFT transactions. Notably, these new blockchains appear to be doing it all with faster, cleaner technology and lower gas fees (transaction fees), leading some of us to wonder how long Ethereum can maintain its first mover advantage.

Solana’s native currency, SOL, was ranked 8th at the time of posting, with a market cap of $27.3 billion.

In contrast to Ethereum’s proof-of-work consensus model, Solana validates transactions using “proof-of-history.” Large institutions such as JPMorgan and Bank of America have expressed confidence in Solana, even calling it the ‘Visa of digital assets.’

Solana is also backed by legendary venture partners Andreessen Horowitz, which isn’t always regarded positively in the Web 3.0 world. Decentralization zealots may raise an eyebrow if there is too much institutional interest. Meanwhile, Ethereum has a devoted user base that many believe will not abandon it-even as gas fees continue to rise.

Solana transacts at breakneck speed, with fees that amount to a fraction of a cent per transaction. Since its inception in 2020, it has seen widespread adoption and has settled more than 50 billion transactions. Perhaps the best way to think of Solana is as a potentially more mainstream Ethereum-a blockchain for the people.

Cardano  Its native currency, ADA, had a market cap of around $29.3 billion at the time of writing. Because of the recent release of Cardano’s first decentralized finance (DeFi) exchange, SundaeSwap, crypto insiders are keeping an eye on Cadano, which performed well early but recently the price has tanked.

Time will tell if Cardano can dethrone Ethereum, or if similar learning curves will emerge as more users transact on the Cardano blockchain. Cardano attracts users but on-chain activity hasn’t been reflected recently in upward price movement.

Tezos, another smart contract-capable blockchain that can be used to create decentralized applications, or dapps, is quickly gaining traction. Tezos’ native cryptocurrency is XTZ. At the time of posting, the currency had a market capitalization of $2.6 billion.

Tezos has seen the launch of several notable projects, including those in the fashion, music, gaming, and art sectors. Tezos was one of the first networks to employ a consensus mechanism based on proof-of-stake (PoS).

It also includes unique governance features. For example, participants who stake at least 8,000 Tezos tokens on the network are granted voting rights, allowing them to influence the network’s governance. Tezos is also well-known for dapp security.

DOT is the Polkadot platform’s native cryptocurrency. At the time of posting, its market cap was $16 billion.

Polkadot, well-known for its interoperability, features infrastructure connecting several blockchains into a single network, allowing them to exchange data while maintaining security. Interoperability is critical for the future of Web 3, in which services, products, and currency will circulate across what many hope will be a decentralized digital ecosystem. Robust cross-chain functionality also opens the door to more collaboration.

Among smart contract blockchains, Ethereum continues (despite high gas fees) to hold the hearts (and minds) of Web 3 fans and has a strong chance of further adoption. However, investors and advisors should be aware of newer smart contract blockchains that offer innovative solutions to Ethereum’s flaws. As the demand for new dapps and DeFi protocols grows, everyone will be looking for the best infrastructure to use in order to build our Web 3 future.