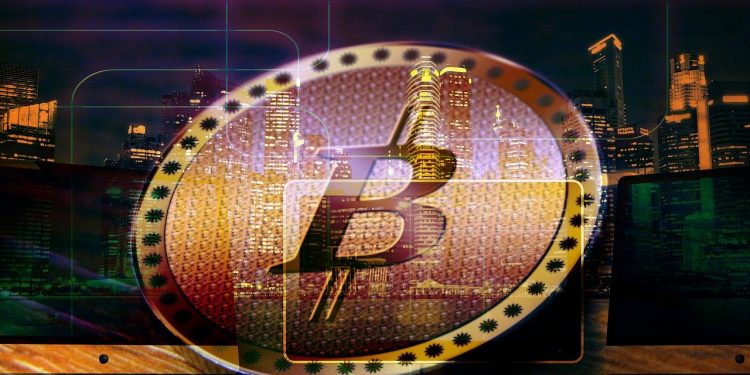 The Bitcoin network’s volume processed has already surpassed PayPal by over 62%, reaching $489 billion per quarter. The report suggests that Bitcoin can match the dollar value of cash transferred on MasterCard’s network by 2026.

The Bitcoin network has processed more value in dollars than PayPal so far this year. A report by Blockdata revealed that even though Bitcoin still lags behind MasterCard and Visa, there are chances the world’s leading peer-to-peer network could overtake the credit card firms as early as 2026, but no later than 2060.

Potential to catch up with MasterCard and Visa

The market intelligence report dubbed “When might the Bitcoin network process volumes like Mastercard and Visa?” pointed out that the Bitcoin network processed about $489 billion per quarter in 2021, which is greater than PayPal’s $302 billion. Bitcoin, which has been in existence for only 12 years, processes about 27% of MasterCard’s $1.8 trillion per quarter and 15% of Visa’s $3.2 trillion. The report stated:

“It’s impressive how Bitcoin, as a 12-year-old decentralized network, is 27% of the way in terms of one metric (volume processed) compared to Mastercard, a company founded in 1966.”

According to the report, Bitcoin could catch up with MasterCard and Visa but only after overcoming three obstacles. The report listed increasing the number of transactions, the average amount of Bitcoin sent per transaction, and a price increase.

The report suggested that if Bitcoin increased its value transferred by 260%, the cryptocurrency would catch up with MasterCard. BTC would need to increase its volume by 540% to reach the volumes processed by Visa.

In terms of pricing, Bitcoin would need to reach $245,000 to reach MasterCard’s levels or $435,000 to rise to Visa’s level. Blockdata suggested that at the current growth rate in 2021, Bitcoin could overtake MasterCard as early as 2026.

The Blockdata report suggests that the number of transactions handled by the Bitcoin network per day would make a whole lot of a difference. At 25 million transactions per quarter, the network handles an average of 280,000 transactions daily.

The introduction of Layer 2 solutions via the Taproot upgrade by the Bitcoin blockchain aims to solve the problem. The lightning network, which has seen explosive adoption since its introduction, can double the Bitcoin network’s daily output. The report said:

“All of the publicly available statistics, such as the number of nodes in the Lightning Network, the number of channels between these nodes and the amount of Bitcoin in these channels, are growing at an exponential rate […] if they continue to do so over the next decades, the Bitcoin network may process as many, or substantially more transactions than some of the other financial networks do.”

NFT DAOs: How Do They Work?