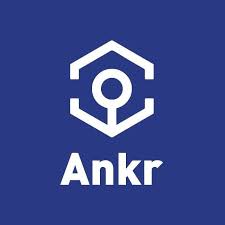 by Jay Speakman
in Business
Reading Time: 3 mins read
0
Share on FacebookShare on TwitterShare on LinkedinShare via WhatsappShare via Email

Today’s infrastructure for developers and Web3 applications is frequently too centralized, resulting in common (and sometimes drastic) failures, according to experts. Ankr intends to move a portion of its operations into a DAO over time.

Ankr, a provider of web3 infrastructure, is into self-disruption, which could be a good thing. The team’s shift from platform to protocol strategy aims to put community-run nodes at the center of its future.

According to Josh Neuroth, Ankr’s head of product development, this is in stark contrast to the model pursued by competitors such as Alchemy, and Blockdaemon. Institutions that want to get into the node business — earning staking rewards for participating in blockchain security and transaction validation — aren’t necessarily concerned with decentralization principles over profits.

However, the concept of converting users into owners is central to the Web3 ethos, and it is a key component of Ankr’s response to the question, “What does mass adoption look like?”

“The analogy I like to use is that this is its own digital economy, and layer-1s are like the town square in the middle of town,” Neuroth said.

“Projects and protocols like Ankr are constructing all of the infrastructure — we’re constructing the power, the pipes, the water, and even the roads that connect all of these things and enable economic growth.”

Infrastructure for developers and Web3 applications is still a relatively centralized point of failure today. For example, if infrastructure provider Infura goes down, it can significantly impact blockchain performance or the ability to use the popular wallet software Metamask, much like when Amazon Web Services suffers an outage that affects the Netflix or Spotify experience.

“Web2 infrastructure companies became the most powerful in the world because they are unstoppable at scale,” Neuroth explained. “If we don’t make this move, we’ll end up in the same spot as Web2.”

“It’s a constantly evolving move toward decentralization,” Ankr’s chief marketing and business development officer Greg Gopman added. “Ankr will not be the only provider of nodes in this network; there will be a decentralized group of node providers, including other infrastructure companies in the space.”

According to Gopman, Alchemy is looking to be acquired by Microsoft. The Ankr team’s strategy entails gradually transitioning parts of the operation into a decentralized autonomous organization (DAO).

Ankr provides staking node infrastructure for a variety of blockchains, including the Ethereum Beacon Chain, which will merge with the Ethereum mainnet this summer. According to DeFi Llama, it was the first to offer a version of liquid staked Ethereum, but at $176.2 million in total value locked (TVL), it is a distant fifth to market leader Lido with $10 billion in TVL.

Ankr has recently assisted Binance in upgrading its BNB Chain, which includes a subnet-like concept dubbed BAS — for BNB Application side chains — as part of Binance’s efforts to decentralize the BNB chain.

3 Ways To Boost Your Brand in the Metaverse

The Decentralized Social Blockchain Is Set to Push Its Tech Breakthrough Hypersync: A Fast and Scalable way to reach 1 billion users

DeFi is tricky to maneuver because numerous loopholes can leave your account in deep losses. Aside from this, DeFi is...