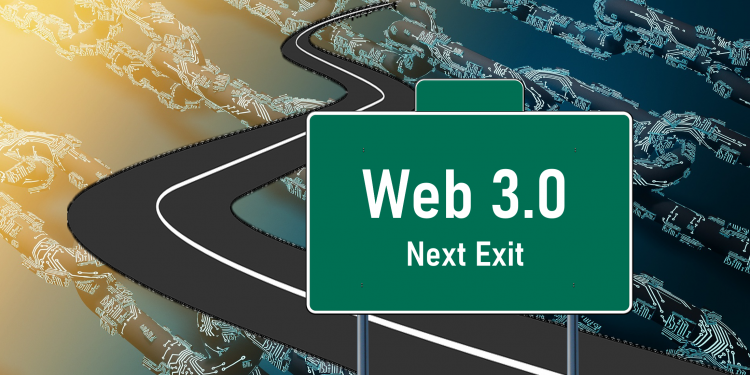 by Aaron Moses
in Education
Reading Time: 5 mins read
0
Share on FacebookShare on TwitterShare on LinkedinShare via WhatsappShare via Email

Web3 is the latest evolutionary stage of the Internet. It is also called “the semantic web” and the term was created by Tim Berners-Lee – the inventor of the World Wide Web. Here is what you need to know about Web3.

Web3 – The next level of internet

Since the internet’s widespread adoption in the late 1990s, it has become increasingly intertwined with our daily lives. However, the complex and frequently invisible ecosystem of technologies, protocols, and networks that enables the internet to function is constantly changing.

Similarly, users’ experiences with the internet are constantly evolving. Web 3.0 is an umbrella term for the next stage of the internet’s evolution, which is defined by decentralization and user sovereignty, as well as an incredible deepening of the experiences and utility that humans derive from the online world.

To better understand Web 3.0 and its exciting implications, consider the internet’s evolutionary trajectory — as well as the limitations of our current internet model.

The first version of the internet was mostly made up of static HTML web pages that displayed non-interactive, centrally sourced data. As a result, the vast majority of web users were primarily content consumers, and digital communications were primarily limited to emails and basic one-way messaging. Despite these limitations, Web 1.0, which debuted in the 1990s, quickly revolutionized the way people connect and exchange information, ushering in a new digital world that has captivated humanity ever since.

Throughout the 2000s, the original internet gradually evolved into the more interactive, digital landscape that we now inhabit. Web 2.0 enabled the facilitation of more engaging and social online experiences, as well as the emergence of new business models enabled by network effects, crowdsourced content, and multidirectional data flows. In short, while Web 1.0 made it easier for users to present and consume data, Web 2.0 paved the way for a more personalized internet through multi-channel user interactions and more dynamic, responsive algorithms.

While Web 2.0 allows more users to interact with and contribute to the creation of web content, the current model is plagued by a number of persistent issues. The internet is currently dominated by a few tech conglomerates that act as gatekeepers and curators of information access.

While the internet may appear to be relatively open at times, our personal information is constantly tracked and stored by these companies and other web applications — especially with the rise of programmatic advertising.

Furthermore, the current internet model is largely based on centralized servers and protocols, which creates centralized points of failure that can be targeted by malicious actors, often resulting in massive data breaches or widespread economic destruction.

Whereas in Web 2.0 it was important for users to generate their own content, in Web 3 the emphasis lies on providing the information generated by users with a description that is unambiguous in its meaning. This semantics should be able to be processed by computers. If the machine can use the information of Web 3.0, it is possible to make it available in the form of a query to interested users who are looking for the information in question.

Web 3.0 can for example then be used to relate information about countries, people or things. Example: a query on the topic “antique building in Rome” could lead to the answer “Colosseum”.

The term Web 3.0 was created by the inventor of the World Wide Web, Tim Berners-Lee. Web 2.0 is called Web 3.0 when Web 3.0 concepts (linking of meanings) are also added to the user-generated content of Web 2.0 (generation of user content).

However, there is one thing that can easily confuse an individual about Web 3.0 philosophy. Basicially, this means that people can have different ideas about what the next phase of the internet will look like. Many Web 3.0 enthusiasts want to decentralize the web.

However, Web3 generally refers to groups like the Web3 foundation as well as the Web3 community. Web3 enthusiasts believe that blockchain and crypto will shape the next age of the internet.

Why do we need Web3?

Since the dawn of the internet, technological advances have been monumental. As Juan Benet, Founder of Protocol Labs, said at the Web3 summit in 2018:

“People have been able to communicate with one another at instantaneous speeds. And it is very diffucult to grasp what it must have been
like for ancestors one thousand years ago. So, this is a tremendous thing that’s happening to our species. […] All of these advances in computing have taken place in the past eighty years.”

However, Benet then stated:

“Can you imagine what the internet will be thirty years from now? We still don’t have most of the people on the planet with access to computing, but it’s getting there. Increasingly everything we humans do, involves computing and the internet in some way. Old systems are being radically transformed and new systems empower us to do things we couldn’t do before. In each new wave of technology we gain super powers.”

And blockchain technology is one of the major components of Web3. The encrypted blockchain allows for a revolution in finance that puts the power away from big tech monopolies and banks, and gives control back to humanity.

Juan Benet makes another fascinating point in his Web3 summit speech in 2018. He warned the conference full of programmers and developers that they needed to think cautiously of what they decide to build. Because people around the world who do not yet have access to computers have no power in this movement right now.