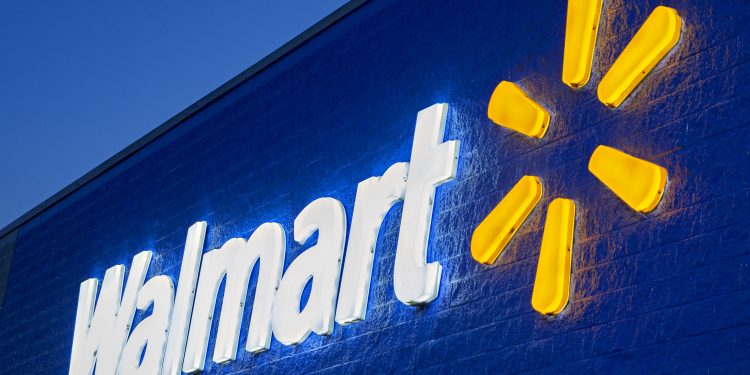 The U.S. retail giant has launched a pilot program in which shoppers interested in Bitcoin can buy the cryptocurrency at Coinstar kiosks inside some of its US-based stores. According to a Bloomberg report, Walmart intends to expand the cryptocurrency service to serve more customers. Coinstar is famous for its coin-sharing machines.

Walmart spokesperson Molly Blakeman said that the initiative involving 200 initial kiosks from the company had started earlier this October. With the help of Coinstar, the shoppers can now exchange cryptocurrency for paper bills and even gift cards. The two firms aim to build Bitcoin ATMs for over 8,000 kiosks. Sam Doctor, the Strategy Officer at BitOoda, a regulated cryptocurrency brokerage, said:

“Bitcoin ATMs have been around for a while, including in many supermarkets […] Walmart expands Bitcoin access to more people, though, and gives it further legitimacy among skeptics, should they roll it out beyond an initial pilot.”

According to the deal with Coinstar, a customer will insert a paper bill into the ATM-like machine and receive a voucher. The Coinstar machines will charge a 4% fee for the Bitcoin option and a 7% cash exchange fee. Customers will be required to set up a Coinme account and pass a background check before redeeming a voucher. Walmart Communications Director Molly Blakeman stated:

“Coinstar, in partnership with Coinme, has launched a pilot that allows its customers to use cash to purchase Bitcoin […] there are 200 Coinstar kiosks located inside Walmart stores across the United States; that is part of this pilot.”

The Walmart cryptocurrency pilot program comes hot on the heels of a high-profile hoax with a fake press release stating that the retailer would allow customers to pay with Litecoin. The fake news briefly sent prices of the little-known cryptocurrency surging. Soon after that, the firm advertised a job to develop “the digital currency strategy and product roadmap” while identifying “crypto-related investment and partnerships.” Sam Doctor said:

“It is an expensive way to buy Bitcoin, but lowers the barriers to entry for first-time buyers of crypto.”

How Does A Bitcoin Address Work?

What is AAVE? A Quick Guide