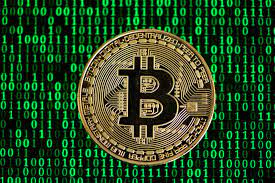 How Does A Bitcoin Address Work?

The first cryptocurrency, Bitcoin is also the most valuable, with a current price of over $65,000 per coin. People use a Bitcoin address to send and receive Bitcoin securely. But how exactly does a Bitcoin address work?

Bitcoin addresses are essential for understanding how cryptocurrency is exchanged between two people because it specifies the source and destination of a specific amount of bitcoin. For those unfamiliar with the world of cryptocurrencies, a bitcoin address may appear perplexing at first.

A common misunderstanding among new users is that a Bitcoin address is similar to an email address. While each user is given a unique string of characters, similar to how an email account works, there is no freedom or flexibility in the characters that comprise the address itself.

Because the entire system is designed to be as random as possible, personalization of these complex alphanumeric characters is extremely limited.

A Bitcoin address is used to determine who owns a specific amount of bitcoin. When a new Bitcoin wallet is created with software, an address is also generated at random.

Simply put, an address is a collection of arbitrary digits and letters that represent a specific user’s Bitcoin balance. A wallet’s owner can also choose to send or receive bitcoin to other users as many times as they want, using their own address as the source.

If you’ve already created a bitcoin wallet, you’ll be able to easily locate your receiving address. While the exact steps depend on the Bitcoin software you use, most wallets will have a “Receive” section with the address clearly visible and ready to be copied.

How do you use a Bitcoin address to make a transaction?

To begin, you will need to provide this address to anyone who wishes to send you a Bitcoin payment. As a result, it’s probably a good idea to keep it somewhere easily accessible.

Here’s an example of a bitcoin address:
3J98t1WpEZ73CNmQviecrnyiWrnqRhWNLy

Do you think you could remember this?

To send any amount of bitcoin directly to such an address, copy it into the “Send” section of your wallet software.

Once all of the other fields, including the transaction amount, have been completed, you will be able to start the process from your end. And with just the recipient’s address, you’ve successfully sent them a specific amount of Bitcoin from your wallet, minus some transaction fees.

Because most people find Bitcoin addresses to be too long and difficult to remember, QR codes have become a popular way to share them.

Someone unfamiliar with Bitcoin may find a long string of alphanumeric characters intimidating, but if the same thing is presented in the form of a barcode, they are much more likely to understand how the system works.

In fact, because it is so easy to make a mistake when manually entering a bitcoin address, this method is almost universally preferred.

How secure are Bitcoin transactions?

Without getting too deep into the weeds of how a bitcoin address is generated, it’s important to note that when a wallet is created, two keys are created. The naming scheme for these keys is simple, with one being referred to as a public key and the other as a private key.

Because a Bitcoin address is essentially another form of the generated public key, it can be distributed or advertised anywhere without risk of losing your bitcoin.

The private key, on the other hand, gives anyone complete access to the Bitcoin stored on the address. In this case, simply owning the public-private key pair is all that is required to rebuild a wallet from the ground up.

If your private key is hacked, a malicious person could transfer all Bitcoin stored in that wallet to his own address. As a result, a private key should be treated with the same caution as a traditional, physical wallet.

There is a very slim chance that you have ever had access to your private key unless you use a desktop or hardware wallet. Online Bitcoin wallet services, such as those provided by exchanges such as Kraken and Coinbase, typically provide users with only a receiving, public address. Because of the security implications of a user misplacing their wallet’s private keys, it’s easy to understand why wallet services prevent their users from accessing them.

Furthermore, because all bitcoin transactions are logged onto the public blockchain, anyone with your receiving address can track the amount of money entering and leaving your wallet.

To combat this, some wallet services have begun to offer the option of changing your address after each transaction or after a predetermined period of time.

Given that privacy and anonymity are one of the Bitcoin’s fundamental principles, using a wallet that changes the receiving address is frequently very useful.

In fact, some other cryptocurrencies, most notably the privacy-focused Monero, have been specifically designed around this feature. However, the privacy game is so strong that it’s rumored that terrorist groups and secret organizations are using the technology to carry out illegal transactions, but that’s not our cup of tea.

Hopefully, this guide has helped you understand how Bitcoin addresses work. If you have any questions, please leave them in the comments section below. If you found this article valuable we’d be super-appreciative if you shared it on social media or emailed it to your friends!

If you liked this article, you might also like to read: How to Buy Bitcoin: A Quick Guide