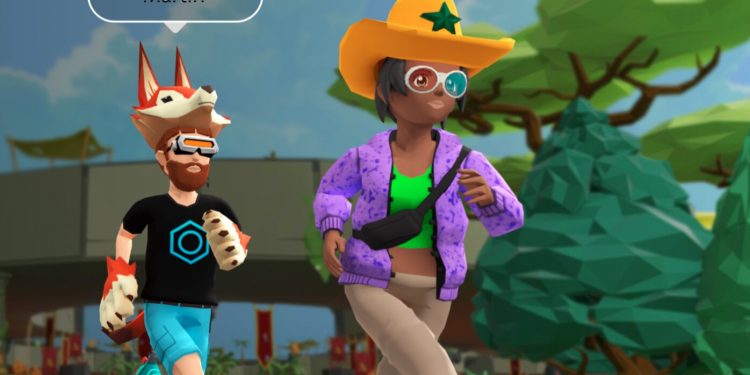 Top 5 Metaverse Coins for 2021 and Beyond

by Jay Speakman
in Investing, Metaverse, NFTs
Reading Time: 7 mins read
0
Share on FacebookShare on TwitterShare on LinkedinShare via WhatsappShare via Email

Now that Facebook and other tech giants put their eyes on the metaverse, many investors are now shifting their focus onto blockchain projects are already in the metaverse space. We analyzed many of these projects and found our top 5 metaverse coins for 2021 and beyond.

The swift shift of Facebook to “Meta” has focused attention on one of the most underdeveloped sectors in cryptocurrency, namely gaming. The notion of metaverse or virtual worlds is not new, but the seventh-largest corporation emphasizing it has altered the narrative surrounding metaverse games, particularly those built on blockchain.

In short, Facebook renamed their company in order to try and copyright the metaverse. Even casual observers have now taken notice of all that is meta-related. This includes gaming (covered here), real estate, retail, sports, search, finance and social networking.

This epiphany is causing a domino effect in the crypto business, as multiple gaming entrepreneurs are attracting large sums of money from some of the largest venture capital outfits.

Many investors believe that cryptocurrency gaming has a lot of promise, and we haven’t even touched the surface yet. Solana Ventures, FTX, and Lightspeed Venture Partners recently joined forces to invest $100 million in firms focused on establishing a gaming metaverse.

If you thought Axie Infinity was amazing, this may only be a hint of what’s to come.

This demonstrates that research and innovation in crypto gaming have reached breakneck speed. Fully functioning games and immersive metaverses are on the near horizon.

Now could be the time for savvy investors to take part in these initiatives by owning their native tokens as the various projects develop.

In this post, we will take a look at 5 metaverse crypto coins with the potential to outpace Axie Infinity, which has rocketed from $0.43 to a current price of $143.88 in 11 months.

No promises are being made, but that being said, these 5 projects show immense potential.

Decentraland, founded in 2017, was one of the first initiatives to create a decentralized virtual reality platform on the Ethereum blockchain.

This one-of-a-kind metaverse game allows anyone to purchase parcels of LAND and develop them into whatever they choose. The total number of parcels offered is 90,601. Each LAND is only 16 square meters in size. MANA is the metaverse’s native token that powers the entire ecosystem. There are 2.2 billion tokens in circulation, with 1.8 billion in supply.

Token holders have the ability to vote on policy revisions and suggest details for LAND auctions.

If all goes well for The Sandbox, it will easily overtake Axie Infinity in terms of market capitalization. The explanation is straightforward: increased utility value.

The Sandbox’s virtual environment is user-friendly and adheres to the core principles of decentralization.

The Sandbox’s user-generated content ecosystem has its own NFT marketplace and game platform.

SAND tokens come into play when users wish to construct and design a unique game in the metaverse.

Players will also be able to purchase LAND and ESTATE in order to build even more immersive online experiences. Platform access, governance, staking, and basic foundation are the primary use cases for SAND tokens. As the game progresses, we may expect the scarcity of SAND tokens to increase, causing the token price to skyrocket.

Somnium Space has received a lot of interest in both the NFT business and gaming in general. NFT collections are now using Somnimum Space’s virtual environments to provide holders with a unique 3D experience with their avatars.

Somnium’s WebXR technology allows anyone to access any area of the metaverse, even in VR mode. This project is unique in that users can create complete sceneries on their land parcels and deploy full-body avatars.

As a result, the integration of NFTs in a metaverse can now be seen. CUBE is the token that powers the entire platform. It is a good value addition for gamers to be able to transfer assets seamlessly. Unlike previous metaverse projects, Somnimum Space chose Polygon to eliminate entry hurdles for people worldwide.

Bloktopia is a relatively newcomer in comparison to the others on this list, but it has attracted some top-tier investors in the gaming field (Animoca Brands).

Several big cryptocurrency exchanges, like KuCoin and Coinmarketcap, have also launched virtual offices within Bloktopia. It is also one of the metaverse projects, meaning that it is powered by the Polygon network.

The game employs the most advanced real-time 3D creation engine, allowing users to create and experience astonishing visual effects in virtual reality. The game contains 21 levels, with significant zones such as Spawning, Level One, and Auditorium.

Bloktopia, like other metaverses, provides a marketplace where users can buy BLOK real estate using the NFT method. The utility of the BLOK tokens grows thanks to its staking mechanism, which delivers a yearly payout of up to 60%.

Star Atlas is a blockchain game with a dual token economy that is developing one of the best AAA gameplays. Following the release of its teaser, the game has gained quite a following on social media, and many are anxious to experience this Solana-powered metaverse.

The game is being developed using Unreal Engine 5, which gives it a cinematic aesthetic and a real-time environment.

Star Atlas is distinguished not just by its token system, but also by the ability to generate cash flows through staking, battles for gaining rare in-game items, and exploration of numerous worlds for building alliances. Although still in its early phases, the roadmap and team creating Star Atlas are on the cusp of something truly epic.

The crypto economy is undergoing a sectoral shift into gaming, which will likely drive up the price of many of these metaverse tokens. However, it is critical to remember that good games require time to build. It will take two or three years to see a fully functional game, so don’t get too excited about any of these projects if you aren’t willing to commit long term.

In fact, with any crypto investment you need to exercise caution as they are highly speculative. This article is by no means investment advice and is far from the deep-dive one would need to begin gaining a true understanding of the technologies and possibilities at play.

Engage with gamers in social forums or if you have kids, talk to them about these games, these virtual worlds that many are spending more and more time in. Better yet, try your hand at playing them. Spend a day (or two) to experience the immersive experience for yourself. In the end that may be the best gauge on what game or games you decide to invest in.

If you enjoyed this article, you might also like following article: 7 Hot NFT Games You Should Know About

How to Invest Safely and Successfully In the Cryptocurrency Market