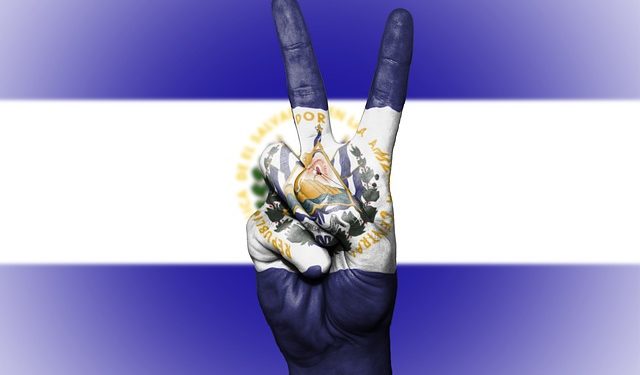 by blockzeit
in Markets
Reading Time: 3 mins read
0
Share on FacebookShare on TwitterShare on LinkedinShare via WhatsappShare via Email

For both private and large corporate investors, 2022 has not been the best year for crypto investments in the almost six months that have already passed.

This situation affects this sector and those who put their trust and large amounts of money betting everything for a better economy in their countries, as the president of El Salvador NayibBukele did. To find out more about Bitcoin visit: https://www.bitcoins-system.de.

Although in 2021, the president’s decision was one of the most interesting and even contributed to many other countries beginning to evaluate the possible legalization of the use of digital currencies in their territories. Not a year has passed, and there have been many criticisms of the hasty decision by many to establish Bitcoin as legal tender in Salvadoran territory.

The first country to adopt Bitcoin reaches almost 15% in losses

Since September 2021, when this entire process was formalized where the first Bitcoin city was created, and the high acquisition of the crypto active by the Salvadoran government contributed to the price of the digital currency rising. The opposite has happened this year, which has generated great concern in the population since many of the long-term investments that the country has in terms of bonds are entering a challenging phase.

It refers to the fact that according to calculations made by the International Monetary Fund, the possible indebtedness of the Central American country could reach 98% of its Gross Domestic Product, truly alarming figures. The bets of the Salvadoran president seem not to be generating the desired effects, but all of this is subject to the drop in Bitcoin prices; if the case were the opposite and the valuation of Bitcoin shot up, everything would change for this nation.

The issuance of bonds to encourage the use of cryptocurrency in the national territory led the Ministry of Finance, which in its hard work to keep the economy afloat, is suffer from the pressures that the drop in the price of Bitcoin is causing many investors to the time.

The losses generated after the adverse movements of Bitcoin are many to the point that pensioners fear their savings since the economy is highly vulnerable.

After the energy crises and significant conflicts in Kazakhstan, the miners there developing Bitcoin mining see El Salvador as the promised land of mining. The fact is that mining in this Central American country is anchored on the use of volcanic energy. This characteristic allows energy costs and consumption to be minimal. The situation that El Salvador is going through is not easy at all. However, more burden is added with immigrants who intend to take advantage of this alternative energy, putting citizens’ energy consumption at risk.

The Salvadoran president is constantly searching to improve the critical situation that the country is going through after deciding to make Bitcoin the country’s digital currency through agreements with cryptocurrency exchange platforms. In favor of developing a global mining center in the country, bonds have been issued to correct the tight economic and financial situation they have been going through. This agreement allows Bitfinex Securities to be granted a license to carry out its activities generally in El Salvador and subsequently under a legal regulation that regulates it.

Cryptocurrencies are not 100% friendly with financial and institutional entities worldwide, which is why when the financial situation of a country is evaluated, it is done about traditional currencies. From the beginning, the International Monetary Fund has not been entirely in agreement with countries making investments in digital assets since they do not have support or any regulation that allows them to operate as a traditional currency supported by some other help.

When Bitcoin has plummeted in value, it represents a greater risk for this nation whose project of turning it into a power in terms of the use and adoption of Bitcoin has led it to become even more indebted to the point that they could fall into default. It would leave El Salvador’s hands tied in terms of international financing.

All eyes are on the price of Bitcoin, and its long-awaited rise, which would lead to the financial and economic situation of this nation, could improve; that is when the volatility of Bitcoin can represent the loss of everything in an unexpected period.

The Value Of Bitcoin: Important Aspects To Take Into Account

Why Can’t Central Banks Curb BTC Adoption As They Did Gold?

In 1934, the government of the United States confiscated the gold of all its citizens at throw away prices. Shortly...

In recent hack attempts, Decentralized Finance (DeFi) remains a hot target for exploiters. According to reports, hackers have stolen over...