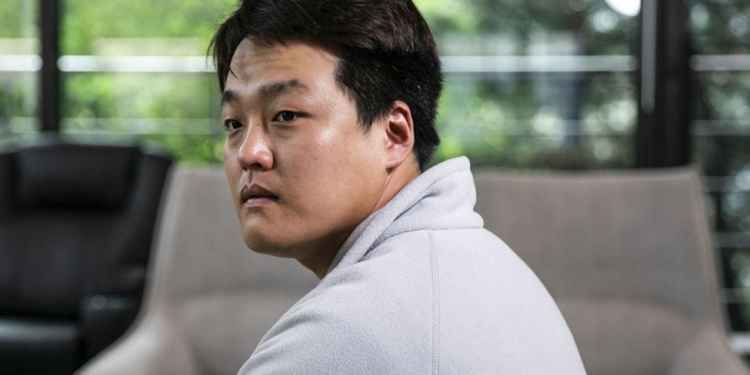 Terra’s CEO, Do Kwon, is in deep trouble with the US SEC he was tied to money laundering activities. According to allegations, Do Kwon has been withdrawing $80 million every month to his personal wallet. This has been going on for nearly three years now, and eventually led to the collapse of Terra Luna. However, Do Kwon refuted the claims, making the SEC launched an investigation into Terra’s collapse.

The news is now viral on Twitter after one, FatManTerra, posted a thread on how he believes Do Kwon was laundering the money. He believes Kwon utilized Abracadabra’s Degenbox, a crypto-borrowing protocol to cash out funds.

Kwon’s Experience With the SEC

According to FatManTerra, the total alleged withdrawn amount is $2.7 billion, occurring in the months leading up to the UST de-pegging event. Nevertheless, Do Kwon has been keeping tabs on these accusations, which he claims are categorically false. Kwon maintains that “This should be obvious, but the claim that I cashed out $2.7B from anything is categorically false,”

A medium article by CryptolockHolmes goes into much detail about how Do Kwon is the third largest whale in the newly launched Terra2. In the article, CryptolockHolmes proves that Do Kwon owns over 2% of the entire Terra2 supply – this is after Kwon’s promise not to airdrop himself any tokens.

Wallet terra1wqwfwh797tf77e2xpvy9xx082pwpxxlm9x4xws received 19.7mil Luna at the genesis and belongs to Do Kwon.

Do Kwon is not only facing a legal lawsuit for the fall of Terra Luna and the loss of $60 billion of investors’ money, but he could also be facing another legal action based on the currently running Terra 2.0. All indicators and evidence provided by FatManTerra and CryptolockHolmes would suggest that Kwon is planning another attack on his investors.

Lack of Regulations is Hurting Crypto

Perhaps Do Kwon realized how unregulated the crypto industry was and decided to take advantage of it. Or, perhaps this is all an elaborate plot between SEC and Kwon to show the need for regulations. One can never know. But the bottom line is people lost money and if it was in traditional finance, Kwon would be facing 50 years to life imprisonment. However, because it is crypto, Kwon is free and even created another project on top of the failed one. Wild!

Even after the allegations, investigations are still ongoing. Legal action cannot be taken without concrete evidence. The most likely scenario is that Do Kwon will not face jail time. However, he has already brought on himself the scrutiny of South Korea and other nations’ financial regulators. We shall provide updates as the story unfolds. Stay tuned!

On the recently ended SmartCon hosted by Chainlink, the company announced that SWIFT was integrating Chainlink's Cross-Chain Interoperability Protocol (CCIP)....

Binance, the largest cryptocurrency exchange in the world, has signed a memorandum of understanding (MoU) with Kazakhstan. The MoU will...