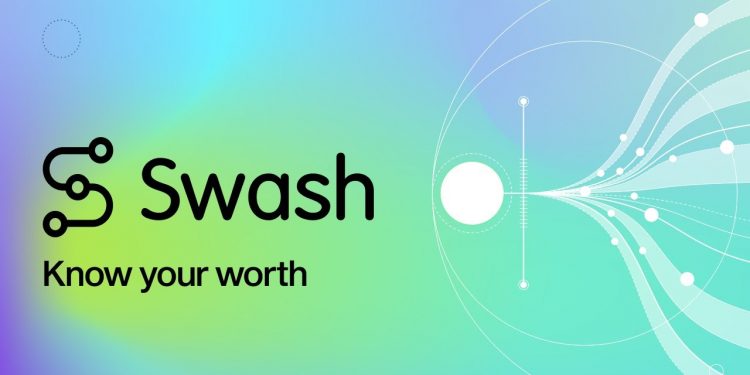 Who has access to your data is a critical and growing concern these days. People are now fully aware of how giant tech monopolies extract value from users’ private information while receiving nothing in return. Swash, has put Facebook and Google on notice.

Regulators, businesses, and users have all begun to challenge the manner in which this occurs by limiting the invasion of privacy wherever possible. However, the possibility of transferring value to users remains elusive. Swash changes the game by putting data monetization in the hands of users.

Swash is a set of tools and services that allow people to unlock the value of data by pooling, securely sharing, and earning while maintaining privacy. Swash is based on the concept of “Data Unions,” which are organized structures that optimize individual agency as a collective force by rewarding union members for the value of their data. The Swash team built the first real Data Union in 2019 as an experiment, inspired by their vision of making easy data monetization possible. It has since grown to become one of the most popular dApps, with over 60,000 installs, making it the largest Data Union in existence.

Swash has recently announced a $4 million funding round led by popular cryptocurrency exchange KuCoin, early-stage accelerator Outlier Ventures, and decentralized real-time data platform Streamr. Outlier Ventures’ portfolio includes well-known companies such as Brave, Chainlink, Ocean Protocol, and Fetch.ai, and Swash will collaborate with them in the summer of 2020. Streamr’s technology enables the creation of Data Unions, and Swash uses the network as an integration layer, with Swash stream data sold on the Streamr marketplace. Henri Pihkala, the founder of Streamr, is also a member of the Swash advisory board.

Swash also collaborated with Ocean Protocol as a Day 1 Data Launch Partner of the Ocean Market, which allows users to add liquidity to pools as well as buy, sell, and publish data. Swash received a funding grant from Ocean, as well as marketing and product development assistance, and Bruce Pon, the founder of Ocean Protocol, has joined the team as an advisor. For more information, the Swash team recently published an impressive list of all-star backers on their blog.

A world of data: powered by the Swash token

As Swash expands, the solutions built on the technology will foster a large community of collaborators and new innovations.

The native token will power the Swash value chain (SWASH). SWASH will be used as a cross-chain utility and governance token within the ecosystem, integrating Ethereum, xDai, and the Binance Smart Chain.

It will also be integrated with Swash’s partners’ native currencies, allowing for value cross-fertilization, increased adoption, and a seamless user experience. As the demand for SWASH grows in tandem with network adoption, generated value may be used to balance the token supply, most likely through token ‘burning’ on a regular basis.

Once the Swash expansion is live, the Swash token will be used for a variety of purposes, including an incentive system, data transactions, DAO governance, and staking liquidity.

Swash offers a chance for users to shape the internet’s future and contribute to a world in which users, not big tech monopolies, monetize their data. Swash posits that people no longer need to imagine a system in which users regain data ownership and earn passive income while surfing the web, or where users collectively invest value in social development – Swash is keen on making this a reality right now.

Along with finance, education, and health care, social media is a key segment of the economy that is poised for massive (and much needed) disruption. We can be certain that Facebook, Google and other tech titans are keeping a wary eye on startups like Swash. Let’s hope that these nascent players will have a chance to fully develop and not be swallowed via acquisitions. Would the SEC really allow Facebook or Google to acquire the likes of Swash?

Here’s to hoping that won’t happen!

What do the Disney Accelerator program, Starbucks Coffee Company, Starbucks Odyssey (Web3), and Robinhood all have in common? They all...