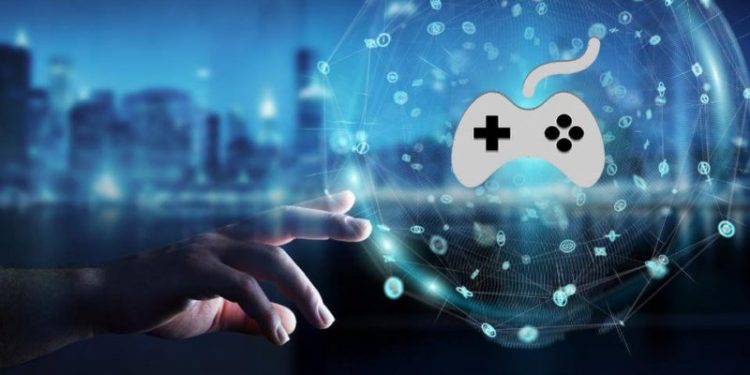 Square Enix Goes All In On Blockchain Gaming

In a New Year’s letter, Square Enix president Yosuke Matsuda delves into the topic of NFTs and blockchain gaming. The stated plans are a significant acknowledgment from a major game developer- though they are likely to cause consternation in some segments of the gaming industry. Critics have been harsh, seeing decentralization and NFTs as new form of control.

Blockchain features in traditional computer games have not been well received thus far, but they have recently gained the support of a major publisher.

Square Enix President Yosuke Matsuda stated in a New Year’s letter that decentralized games utilizing technologies such as blockchain will be a “major strategic theme” for the company beginning in 2022 and moving forward. Matsuda did not reveal any titles, but he did hint at how future releases would use decentralized technology.

Is Decentralization the Future of Gaming?

Yosuke Matsuda, president of Square Enix, spent much of a recent letter discussing “decentralized gaming,” noting that “I hope this becomes a major trend in gaming going forward.”

“The basic and elemental technologies to enable blockchain games already exist, and there has been an increase in the societal literacy and acceptance of crypto assets in the past few years. We will keep a close eye on societal shifts in this space while listening to the many groups of users that populate it, and ramp up our efforts to develop a business accordingly, with an eye to potentially issuing our own tokens in the future.”

Matsuda’s letter wasn’t entirely supportive of non-fungible tokens, as he stated at one point, “we do observe examples here and there of overheated trading in NFT-based digital goods with somewhat speculative overtones, regardless of the observed value of the content provided.”

“This is obviously not an ideal situation,” he continued, “but I expect to see an eventual right-sizing in digital goods deals as they become more commonplace among the general public, with the value of each available content corrected to its true estimated worth, and I expect them to become as familiar as dealings in physical goods.”

Gaming Traditionalists Aren’t Having It

Twitch star, YouTuber and gaming legend, Asmongold, has slammed Square Enix’s recent New Years’ statement, in which the company called 2021 “Metaverse and NFTs: Year One”, and praised the potential of the new technology.

“People aren’t really talking about the Metaverse, they’re not thinking about it,” he said of his thoughts on the Metaverse. “The main proponents of the Metaverse concept are corporate overlords who want to sequester and segment more autonomy of your personal life away from you and into the realm that they can control, which is known as the Metaverse.”

“Do not fall victim to this language,” Asmongold advised his audience. Don’t let yourself be taken advantage of. “This is something that is being pushed from on high, and many people [gamers] don’t give a f**k about it.”

Asmongold is also not a fan of NFTs, having called people who spend thousands on them “ridiculous.” You can watch his rant here.

Regardless, it’s a significant announcement from the company best known for the long-running Final Fantasy role-playing game series. According to recent gaming press coverage, some Square Enix fans are not happy with the announcements, which is perhaps unsurprising given recent negative reactions to mainstream game-makers dabbling in the NFT space.

As previously reported, Square Enix’s first public use of NFTs occurred last spring, when the company partnered with a blockchain startup called Double Jump Tokyo. That announcement, too, seemed to raise questions about Square Enix’s direction.

Matsuda acknowledged in his letter that NFTs will continue to be controversial for some of its customers.

Playing for Fun vs Playing to Earn

“I recognize that some people who “play for fun” and currently constitute the majority of players have expressed understandable reservations about these new trends,” he wrote. “However, I believe that a certain number of people will be motivated to “play to contribute,” by which I mean to help make the game more exciting.”

Matsuda stated that the company would incorporate token economies to foster “self-sustaining game growth.” Blockchain games, in theory, provide a direct incentive for those players to create their own content rather than rely on “goodwill and volunteer spirit.” At the very least, the suggestion is that users would create items in part to earn rewards.

Square Enix could monitor market trends and develop accordingly. The president, on the other hand, was upbeat and suggested that his company might issue its own tokens. It remains to be seen whether the market will follow suit.

Gaming ndustry giant Ubisoft has struggled with early NFT sales for games, even with a hit series like Final Fantasy in its lineup, Square Enix isn’t guaranteed to fare better.

The blockchain gaming segment has attracted significant venture capital investments this year, including Forte’s $750 million funding round in November.

Powered by Autonomy, AutoSwap Brings the First Ever Limit Orders and Stop Losses to PancakeSwap on Binance Smart Chain

How to Stake Your Claim in the Metaverse

With all the buzz surrounding the metaverse you may be wondering how to stake your claim, but you don't know...

Believe it or not, GameFi is here to stay and it is only getting bigger. The idea of making money...

What is a Metaverse? Best Metaverses to Explore in 2022

The Metaverse has now become the talk on the streets today as the next big thing to shape our digital...